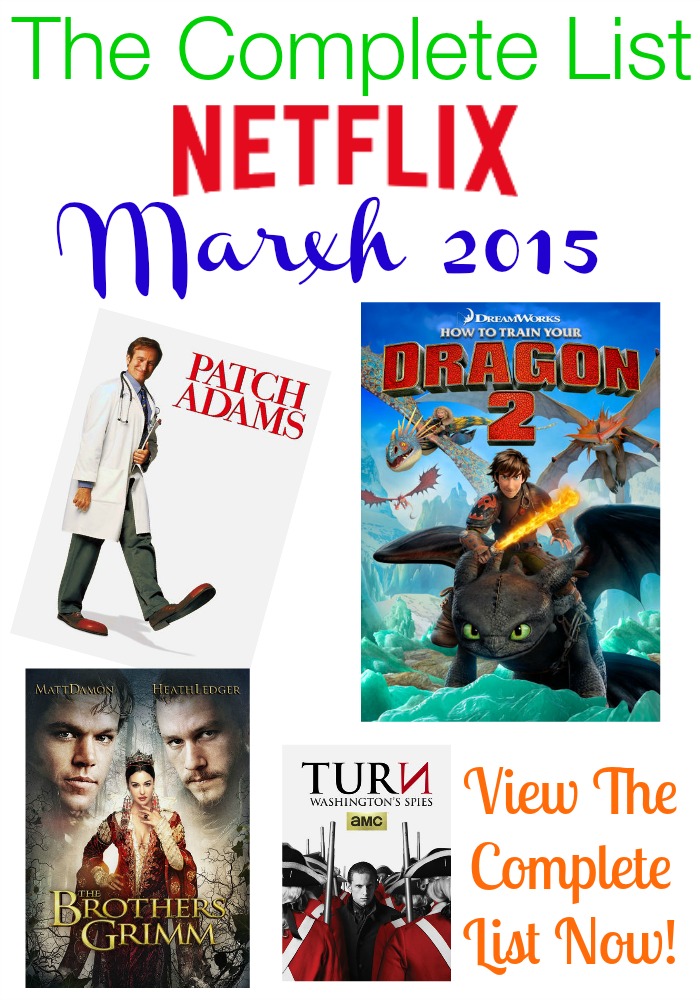 I don’t know about you but I am always super excited to see all of the great titles that start showing up on Netflix once it rolls over to a new month! We are less than a week away from March and I am excited to share with you a sneak peak of all the movies and shows you should expect to see that month. My kids are very excited to watch How To Train Your Dragon 2! What titles are you looking forward to in the March 2015 Netflix lists?

Netflix is the world’s leading Internet television network with over 53 million members in nearly 50 countries enjoying more than two billion hours of TV shows and movies per month, including original series. Members can watch as much as they want, anytime, anywhere, on nearly any Internet-connected screen. Members can play, pause and resume watching, all without commercials or commitments.