The Devastating Impact Fraud Has on a Family 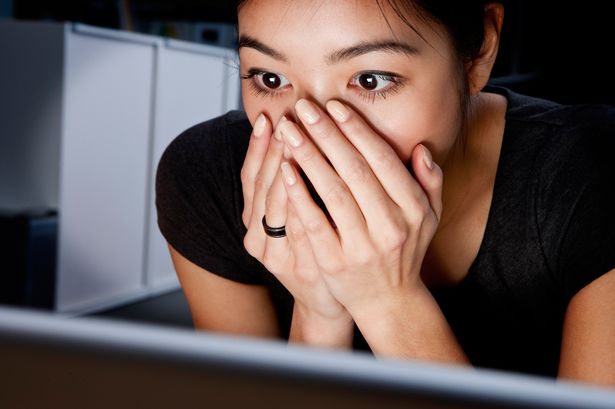 We don’t all live in constant fear of being the victims of fraud. Nor should we: it’s not something that is necessarily likely to happen to anyone. That being said, it is a lot more common than people seem to think. It’s important that you understand the implications that fraud can have for a family.

The impact on your finances

When people talk about fraud, they usually imagine huge chunks of money disappearing in one fell swoop. This isn’t usually the result of a fraud case, however. In fact, it’s possible that most cases of fraud of never noticed at all by the person who is being defrauded. If they do find out, it usually takes quite a long time. That’s because, in most cases of fraud, the damage is done quietly, slowly, and over a long period of time.

So the impact on your finances may not be as terrifying nor as immediate as many people make it out to be. But this isn’t to say that fraud shouldn’t be tackled with swiftly and harshly the second you suspect it. Even losing small amounts of money at a time can be very harmful to some people. But much of the damage actually becomes evident when you find yourself having to borrow money or take out credit in some other way. Fraud can cause massive damage to your credit rating. Read more about loan-stoppers over at http://blog.credit.com/mortgage/.

What fraud schemes are out there?

You may be underestimating just how many ways there are in which a person can end up defrauded. Most people can think about a few obvious ones: identity theft, credit card fraud, scamming of the elderly, etc. But the FBI counts at least 22 significant and alarmingly common fraud schemes. You can read more about all of them over at https://www.fbi.gov/scams-and-safety/. We’re going to take a closer look at two of the most common schemes that affect families.

Identity theft can affect anyone

When people talk about identity theft, they often imagine that it only affects adults. And it’s certainly true that identity theft is usually suffered directly by young adults, the middle-aged, and often the elderly. After all, these tend to be the people with the most assets! But you’re underestimating the lengths to which an identity thief will go. Children and teenage students are actually also common targets for identity theft.

A child’s ID might be stolen because, when they’re old enough to open bank accounts and make financial transactions, the initial crime itself will have occurred so long ago that it would be very hard to locate the criminal. As for students, there are plenty of benefits out there to being a student. Special offers on amenities, credit cards, and loans make these sorts of details often lucrative for identity thieves. It’s vital that you consider identity theft protection of some kind. You can read reviews of such services over at http://www.idtheftauthority.com/reviews/

Elderly people are the most frequent targets of fraud in the country. It comes in many forms. One of the most obvious, of course, is identity theft. But insurance scams, medical billing mispricing, and real estate fraud are also frequently committed against the elderly.

Scam artists target older people relentlessly. Elderly people often live alone and have a tendency to be quite trusting. Call it an unfair stereotype, but there’s a reason that such fraud is so commonly successful! There’s also the fact that elderly people are most likely to be reliant on others, which means that their personal details are in more hands. There are a lot of things you can do to help protect your elderly loved ones from these sorts of crimes. Read more at http://missfrugalmommy.com/protect-your-elderly-parents-from-being-scammed/.

People spend so much time assessing the financial impact of fraud that they often forget to consider the emotional impact of fraud. And, especially among a family, this is incredibly important to consider. You need to remember to see fraud crime as a form of personal violation.

Embarrassment and guilt often come with cases of fraud. In fact, it’s precisely these two emotions that can prevent people from coming forward about having been defrauded sooner. The financial security of you and your family could be threatened in big ways, which can really shake your sense of balance and security. And, of course, there are the trust issues to consider. All of this can result in feelings of prolonged depression, which will have a negative impact on the whole family. Read more about dealing with depression in a family context over at https://www.psychologytoday.com/depression-family-matter.