How You Can Steer Your Teen Away from Bad Influences 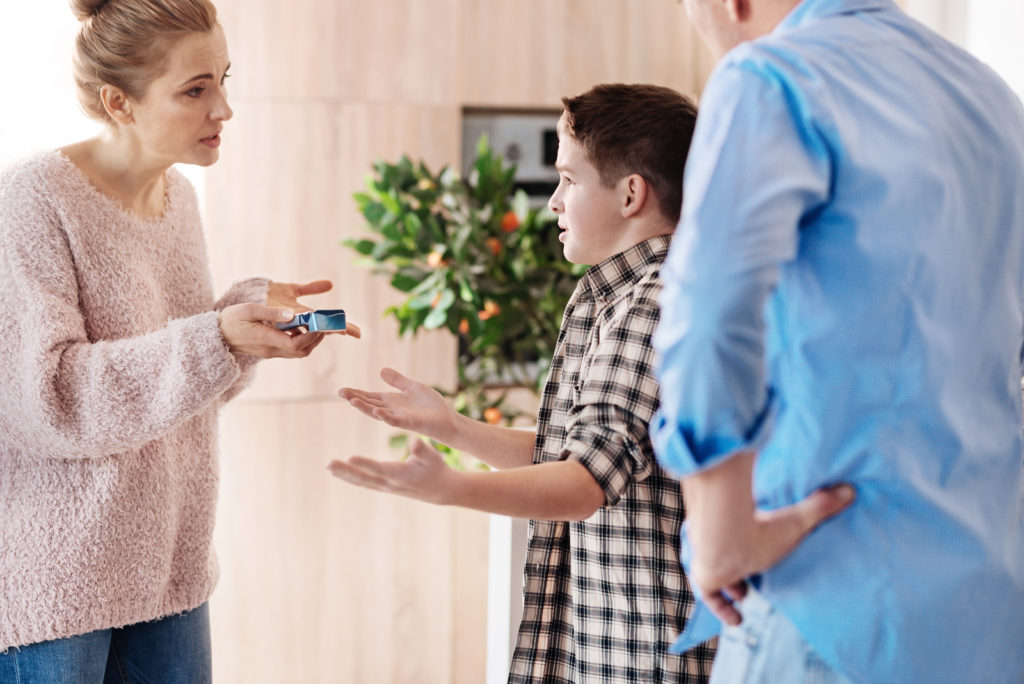 Teenage years are a time of defining decisions and endless temptations. From peers to the media and everything in between, there are many forms of influence teens are exposed to on a daily basis. As a parent, the dream is to be able to protect them from these influences. As a teen, the dream is for parents to continue to step back as they fight for independence.

The phrase “give respect to get respect” applies here. Just as respect is sought, it must be earned from a rebellious teen. If they come home spouting concerning beliefs from peers or other influences, listen. Shutting down new ideas makes them seem that much more appealing. Certainly, don’t respond with, “it’s just a phase, you’ll grow out of it.” While you may recognize it as a phase, they will not. Listening to them and respecting what they have to say provides a platform and opens them up to communicate more openly with you. If they communicate, you have a chance to interject rationale or differing opinions in a manner they may listen to. Later on, if the bad influences become overwhelming, they will be more willing to turn to you in their hour of need.

A sullen teenager is hard to read. This is why it is important to look for everything they are not saying or what they are saying with their body language, appearance, and attitude. Exposure to drugs and alcohol may manifest in physical ways – such as lethargy, bloodshot eyes, insomnia, or any manner of symptoms. If you are concerned about recognizing the signs on your own, turn to an expert on substance abuse and utilize their knowledge. Recognizing the signs will allow you to develop a plan on how to address the bad influences – especially if the situation is unexpectedly escalating.

You were a teen once too, right? Don’t let them forget this. Share the mistakes you made as a teen and it might help them avoid the same mistakes now. More importantly, be vulnerable about the consequence of those choices. Lost friends, fractured relationships, academic distress, whatever the case may be. Children grow up with an image of their parents as perfect – don’t be afraid to challenge that image when they are a teen.

Now, this isn’t about forced bonding. Instead it’s about encouraging their valid interests and helping them play those out. Perhaps it is making an investment in travel soccer, helping them with the down payment on a car so they can get a job, or ferrying them back and forth from practices. If they have healthy outlets for their energy and ways to occupy their minds, they won’t find the time for bad influences. Boredom is the real enemy here. Endless hours of nothing result in trouble for teens. Help them avoid this by making a manageable but fun schedule.

One of the prime forms of bad influences comes from peer interactions. The first boyfriend or girlfriend is a huge deal for teens. They’re going to be together forever after all! If the relationship ends or becomes toxic, it will have an effect on your teen. The same goes for the loss of a best friend or arrival of a troublesome newcomer. In any scenario, observe first before judging. Point out problematic behavior to your starry-eyed child and help them begin to see it for themselves. Be ready to step in when things fall apart, but sometimes it has to fall apart naturally. Bad relationships are a learning point just as much as good relationships build people up.

Know When to Protect

As much as your teen might seek independence, there will come a time when a parent’s protection is required. Keep an eye on troubling situations and follow that parental instinct. When it is time to step in and protect, do so. This might be at the end of a toxic relationship, in the event of excessive bullying, or if physical signs of substance abuse begin to manifest. At some point, you might have to step into the villain role and simply cut the toxicity out forcibly. If the benefit comes in the long run, it will be worth the resentment in the present.