Being Frugal Where It Counts

Many people take frugality a little too far. For instance, if you’ve seen people save money by eating canned food for lunch and dinner while omitting breakfast entirely, then it’s probably a good idea to step in and show them this article. However, if you’re the type of person that does it as well, then you need to understand that you have to draw a line between frugality and suffering. 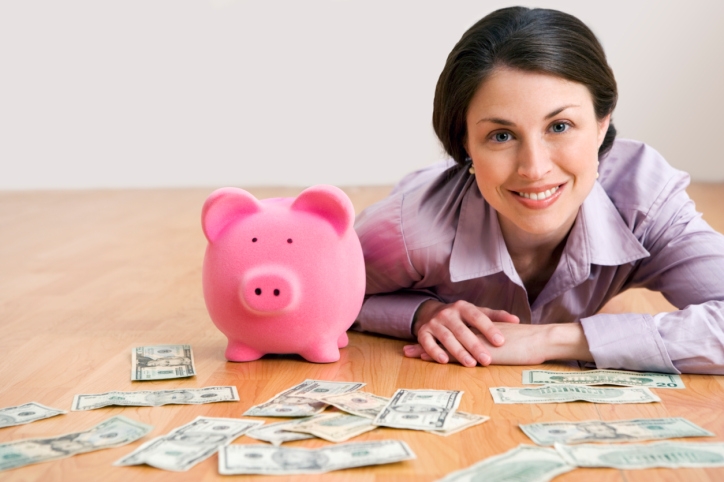 Let’s face it, if you are reading this article then you probably have a computer or a smartphone with an internet connection. As a result, you’re already fairly well off compared to many people in the world from poorer countries. Although it’s hard (and sometimes offensive) to make those kinds of assumptions, many people are far too concerned with saving money and they aren’t frugal where it counts. Instead, they’re frugal with every aspect of life and, sadly, it could be a sign of a mental illness, not good money management.

Contrary to popular belief, there is a noticeable difference between living cheap and being frugal. It’s a thin line that is occasionally crossed and, as a result, often leads to a misunderstanding between the two different types of people.

For starters, frugal individuals care about the value of something and how much it offers for the price. A good example of this is on a computer or a laptop. Frugal people will do a lot of research regarding computer hardware, value, and how much performance they get for the price. Cheap people, however, will only consider the price of something and will only buy things that are extremely cheap without any care for how much performance it offers. In this regard, being frugal doesn’t mean you always buy the cheapest item. Frugal people will often be willing to spend more money assuming it gets them a better value product.

The difference between being cheap and frugal is also present when other people are concerned. Cheap people are often inconsiderate and will draw attention among their friends for their actions, whereas frugal people understand the importance of blending in with their surrounding and not letting their own financial rules affect other people. For instance, when going out for a meal, a cheap person will usually contribute only their share of the meal cost and ignore things such as tax and the additional service tip. Frugal people, however, will understand the importance of sticking to a budget and instead of contributing less to the group’s meal, they will order a cheaper meal or water instead of coffee to save money.

Be smart about saving

There’s no reason for you to spend unnecessary amounts of money. There are many places where you can cut down costs, but you need to consider what exactly you’re saving money on in the first place. Take a look at your utility bills and the costs of your insurance. These are mandatory expenses that have to be taken into consideration when you’re budgeting, but that doesn’t mean you can’t lower these costs. For instance, if you’re making it a habit to leave your computer on standby mode, then you’ll have to accept the fact it is still using energy and it will contribute to your electricity bill. Unless you absolutely need to have your computer on standby, consider turning it off when it’s not needed.

Another great place to save money and be frugal where it counts is on your insurance. If you have to use your vehicle or pay for home insurance, then make sure you’re getting the best deal possible. There are many cheap car insurance providers around the world, and with so many different companies it makes sense to do a little shopping around in order to get the best deal. Every company calculates the costs of insurance differently, so make sure you get a quote from as many different companies as possible or use a comparison website in order to find out what the best deal is.

You can also use this method for utility bills. For example, if you’ve been with the same electricity provider for a long time, you could switch and save a lot of money if you do some shopping around and gather quotes from other major suppliers.

Grocery shopping is one of those activities that can be made a lot cheaper with some frugal practices. For instance, buying in bulk is one of the most common tactics that frugal people use in order to get a great deal. If you buy in bulk from a wholesale supplier or just buy larger quantities of food at once, you often save far more money and you also spend less money on travel costs. Instead of driving to a store once every few days, consider buying in bulk and carrying enough groceries for a whole week or two. You’ll make fewer trips to the store, you’ll save time, and you’ll save money.

One of the most common ways people save money on grocery shopping is to always read the label. For instance, supermarket branded spaghetti is usually extremely cheap compared to branded ones. You might think that this adds to the quality of the spaghetti since they charge more for it, but if you look closely and inspect the ingredients, then you might notice they’re made from the same thing. The difference in taste would be minimal at best and considering they use the same ingredients (usually just wheat and water) it’s not like the supermarket brand is replacing the main ingredient of spaghetti with an artificial replacement. Plus, spaghetti usually takes on the flavour of what you cook it with! Don’t buy into brand names and don’t be swayed by colourful packaging or anxiety.

Another great way to save on grocery shopping is to use store cards and discount coupons. If you sign up for a loyalty card, you’ll typically earn points which can be redeemed for vouchers or offers. However, keep in mind that these cards are designed for you to stick with a store and continue spending money on them. If you go online, you’ll probably find far better deals with other stores when they have a sale, meaning it’s a good idea to shop around for groceries and always look for better prices.

When people think of frugal living, they usually think about things such as saving money and storing it in a safe or a savings account. While it’s true that frugal people usually save more money than they spend, that doesn’t mean they save it for no reason. When it comes to frugal living, you have to balance smart spending with luxury spending. There are times when spending a bit of money will get you a better value product or add to an experience, and although it sounds ridiculous to propose spending money in an article about frugality, let’s consider the opposite.

If you save money without having a purpose, that money is essentially held for a number of reasons. First, it could be because of an emergency repair, such as fixing your car or replacing a home appliance that died. These are completely valid reasons for saving money and it’s understandable that you’d want to have some savings prepared for when disaster strikes. Next, you might be saving money for something in the future, such as a wedding, a car or even your retirement fund. Again, those are completely valid reasons and it’s why you should be saving money.

However, far too many people save money for the sake of watching their balance grow. This is the wrong mentality to stick with when it comes to saving money. If you really want to watch your balance grow, you should be considering investments instead of sitting around and gathering money. However, for everyone else, make financial goals and stick to your rules. For instance, reserve 10% of your disposable income every month and put it into a savings account for an emergency fund. Once that reaches a realistic amount, you can stop saving that money and save for something else.

In short, saving money is a responsible thing to do, but it is possible to cross a line when it comes irresponsible and could lower your quality of life more than you’d imagine. Create financial goals, stick with them, and always reserve money for your own personal enjoyment. Your savings account is one of the few areas in life where being frugal has a limit.

So to summarize, frugal living is not about living cheaply. Frugal living is all about getting the most value out of something and planning goals whenever money is concerned. Someone that lives a frugal lifestyle will always think about value instead of price or quality. There are times when being frugal and spending a little less is warranted, but there are also times when spending a little more will get you a better product or improve your life more than buying a cheap product. The key to living a successful frugal life is knowing how to balance your spending. In other words, be frugal where it counts and stop reducing your quality of life for the sake of having a bigger bank balance that has no purpose.

One thought on “Being Frugal Where It Counts”