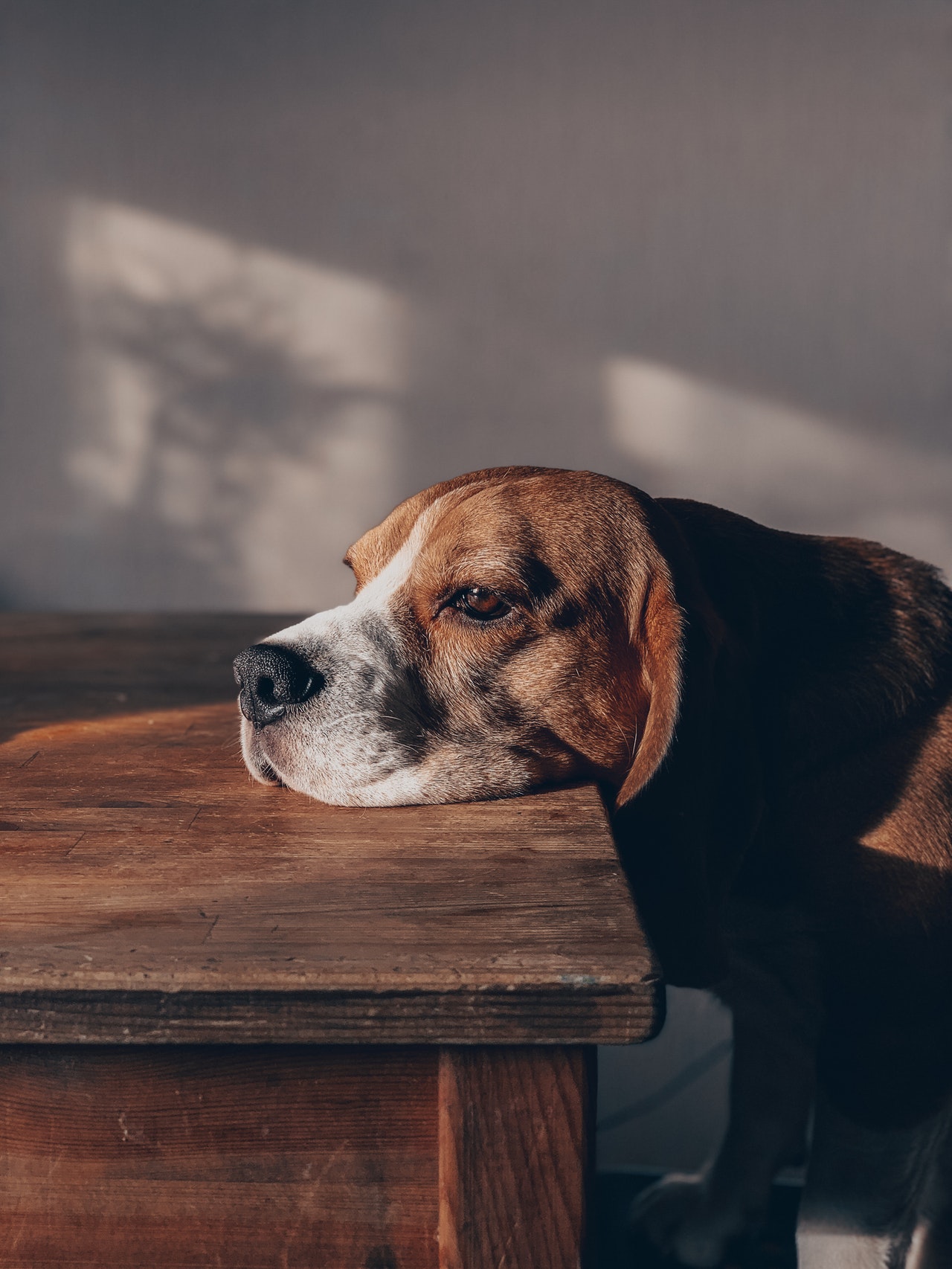 It’s not a rarity for dogs to get sick, after all, they often like to eat things off the floor, and generally aren’t the most hygienic of animals. However, their bodies are generally well-adapted to fighting off illnesses and a near-constant exposure to pathogens and bacteria only serves to boost their immune systems. However, that doesn’t mean that they’ll never get sick and certain illnesses in dogs can be quite debilitating and sometimes very serious. Here are some of the most important things to look out for when your dog is unwell and whether or not these symptoms are something to be concerned about.

All creatures can fluctuate in weight. Wild animals gain a significant amount of weight during the wintertime for example, and pets, especially dogs, often gain weight as they age and become less active. However, sometimes this shift in weight can be a great cause for concern, especially if it appears your dog is quickly losing weight. If you notice a progressive shift like this, it’s worthwhile asking your vet about it as it could be a sign of illness. It could also be a case of your dog losing their appetite for their current dog food. While this can be irritating, sometimes it’s necessary to switch up their food as often, this is due to the dogs own instincts indicating it’s not getting the right nutrients from that particular food. Or of course, they could also just be bored.

An obvious sign that your dog is unwell is that their stools are loose, especially if they’re going frequently. It can be a case that something has just upset their stomach, and if that’s the case, it’s worth feeding them some mild, easy to digest foods like pasta, rice, and chicken for the time being. If this problem persists, or if you notice things like blood or mucus in their stools, you should speak to you vet as soon as possible as there could be a more severe health issue at hand. It’s not pleasant, but sometimes a vet will ask if you can bring a fresh stool sample along to their appointment, as this will assist them in finding out the problem via lab testing.

Dog owners will be well aware that dogs seem to throw up a lot. Excitable and active dogs will throw up their food if they get too stimulated or stressed on a full stomach and they can also make themselves sick too if they’re feeling unwell. Dogs sometimes eat grasses which can encourage them to be sick and expel any unpleasantness from their digestive system. If you do notice your dog throwing up undigested food, it’s worth finding out a bit more information as to what could be causing this and if it’s a problem. Native Pet has a great guide on this topic, and if you’re still concerned, speak to your vet for advice.

Dogs sometimes get viruses like humans, and a common one is kennel cough. This gets its name due to often being picked up at kennels among other dogs as their immune systems aren’t able to fight off these foreign viruses. This isn’t dissimilar to when kids get sick at the start of school or kindergarten! Kennel cough isn’t overly concerning, but it can be highly unpleasant for your pup and in young and old dogs, can cause complications just like any virus. Let your dog rest and make sure they have access to plenty of water. It might sound silly, but many of the remedies we use for the common cold can help with kennel cough, including steam therapy and giving your dogs soothing drinks like honey in warm water. The chances are, they’ll perk up again in a few days but again, if you’re concerned, your veterinarian can help to alleviate those worries.

As mentioned earlier, older dogs tend to slow down and become much less active as they age. This can make them look like they’re unwell, but they might just be a bit worn out and unable to handle those super long walks anymore. However, if you notice that your dog has become lethargic and has lost a lot of their get-up-and-go in a very short amount of time, this could be worth investigating further.

This can happen with all pets and can be quite a serious sign. This can be a sign of a bladder or urinary tract infection, but in more serious cases, it can sadly be a sign of things like kidney disease and certain cancers. It’s important not to overthink this though as sometimes your dog might just be thirsty and has forgotten to drink for a while. Excessive water consumption is quite noticeable and just because you’ve seen your pooch clear out a fresh bowl of water, doesn’t mean they’re unwell. If you’re noticing a strange change in their drinking pattern though, contact your vet as soon as possible to get them checked out. After all, you’re better safe than sorry here.

5 Effective Tips for Taking Care of a Dog 

5 Reasons Why You Should Get Pet Insurance