The Importance Of Creativity & Role-Play Fun

This is a sponsored post written by me on behalf of The Motherhood for Dumb Ways JR. All of the thoughts and opinions expressed in this post are 100% my own. #DumbWaysJR.

With three very active and rambunctious children to care for, safety is always on my mind. Whether it’s playing in the yard, running around the playroom, or a trip to the grocery store, I feel like I am constantly explaining to my children how they need to be safe. Sometimes it takes more than repeatedly telling them, most children need a more creative approach to get the point across and for them to grasp the concept. That is why I am a firm believer that creativity and role-play fun are essential for teaching your children safety lessons. There is no doubt about it, we live in a much different world than when we were children. We have amazing resources located at the tip of our fingers and access to fun and engaging learning devices. All three of my children use their iPads as learning devices and they greatly enjoy discovering new apps. We utilize these devices at home for a variety of reasons, the most recent being to teach our children about safety.

My five year old son discovered an amazing series of apps and they quickly became a favorite for everyone in the household. From my toddler to my ten year old (and myself included), we have all found ourselves intrigued by the Dumb Ways JR apps! The original, highly popular Dumb Ways to Die campaign began as a PSA in 2012, encouraging safe behavior around trains, train stations/platforms and at level crossings. These messages were delivered in an entertaining way, while effectively communicating the message that it’s dumb to take risks that can have serious consequences (especially around trains.) Dumb Ways JR understands that learned behaviors start young, so they aim to introduce safety messages in an educational, age-appropriate way for a new and younger audience (3- to 7-year-olds.) What is great about their apps is that they are able to get important safety messages across without including any blood, violence or dying. 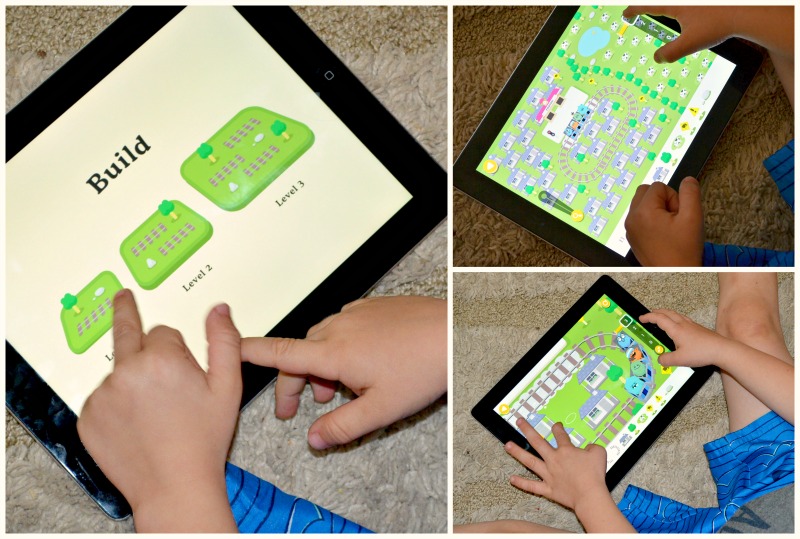 My son has been in love with trains since he was a toddler and we have accumulated quite the collections of trains and tracks over the years. All of the train shows and movies that my son grew up watching always made trains out to be these fun little characters that zoomed carelessly around the tracks. They were never an honest representation of just how powerful trains are and how dangerous train tracks and train stations can be. So when my son became infatuated with the Dumb Ways JR Loopy’s Train Set app, I was ecstatic that he was now learning about train safety!

In Dumb Ways JR Loopy’s Train Set, your child can select from two modes of play: Drive or Build:

Drive mode: children interact by using onscreen controls to drive Loopy’s train around a prebuilt track. This design encourages your child to create their very own narratives as they assist passengers to board and exit the train. They also have the power to select the train speed and more points to alter the route.

Build mode: the children are the makers and they create their own train track by arranging and connecting different-shaped pieces of track. They can also add items such as houses, trees and animals to their scene. After they have built their track, children can drive the train along it.

This app is great at teaching your children about various aspects of train safety! Such safety aspects include the characters not being able to cross the tracks. Also, he boom gates at the level crossings will automatically come down when the train approaches. I just love that my child is no longer getting the message that the train track is a fun place where happy talking trains play around. He is learning the importance of safety at the train station and what he needs to be cautious of. If this sounds like an app your train loving child would enjoy, you can find it in the Apple Store and Google Play. 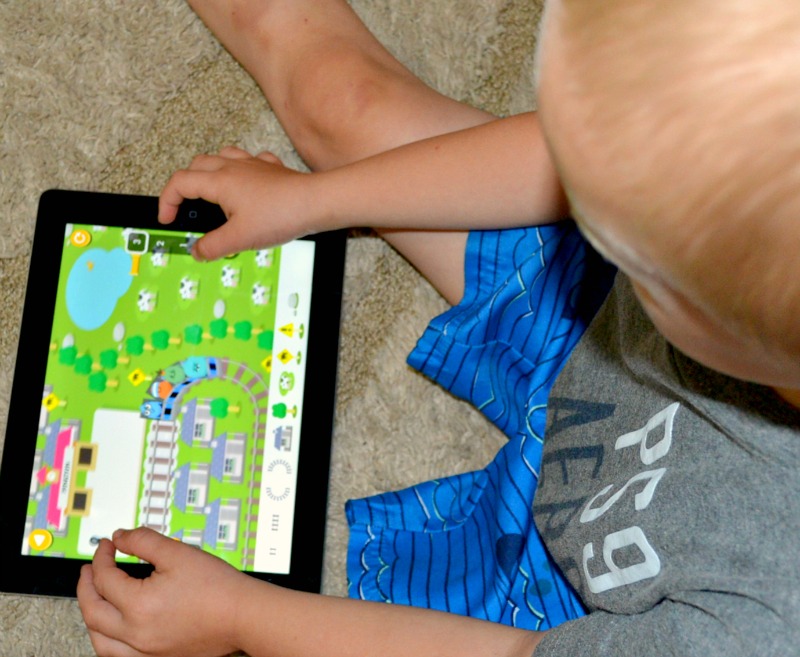 Dumb Ways JR Boffo’s Breakfast has been a huge hit in our home and my children have enjoyed hours of fun through this app! The featured character named Boffo is hungry and your child is his personal chef. They will have the opportunity to make him an awesome cooked breakfast by chopping and grating ingredients. They can also add sloppy items such as eggs and milk, stir the mixture, cook it, add seasonings, and serve their meal to Boffo. My children really enjoy experimenting with how many different creations they can make for Boffo. They have also figured out that Boffo dislikes some items such as toothpaste in his food, they always get a big kick at his face when they serve it in his meal! 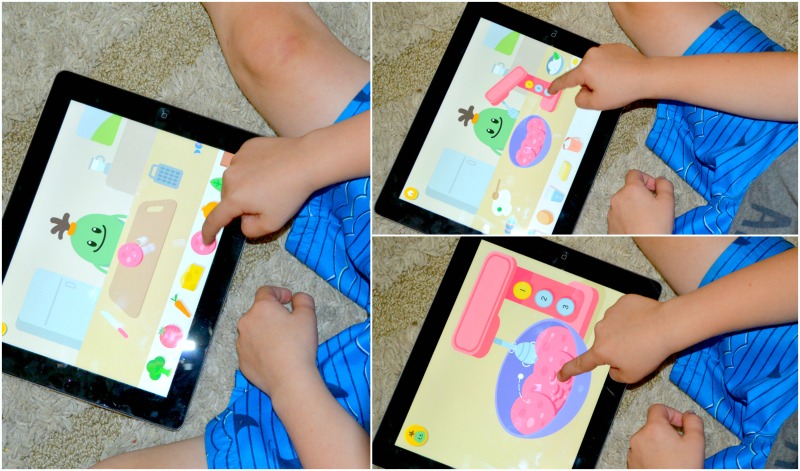 This app engages children in fun, imaginative play where your child can create endless food mash-ups for a hungry Boffo. I find it fascinating how much my children pay attention to Boffo’s reactions when he is given food combinations that he dislikes and how they try to find foods that he really likes. 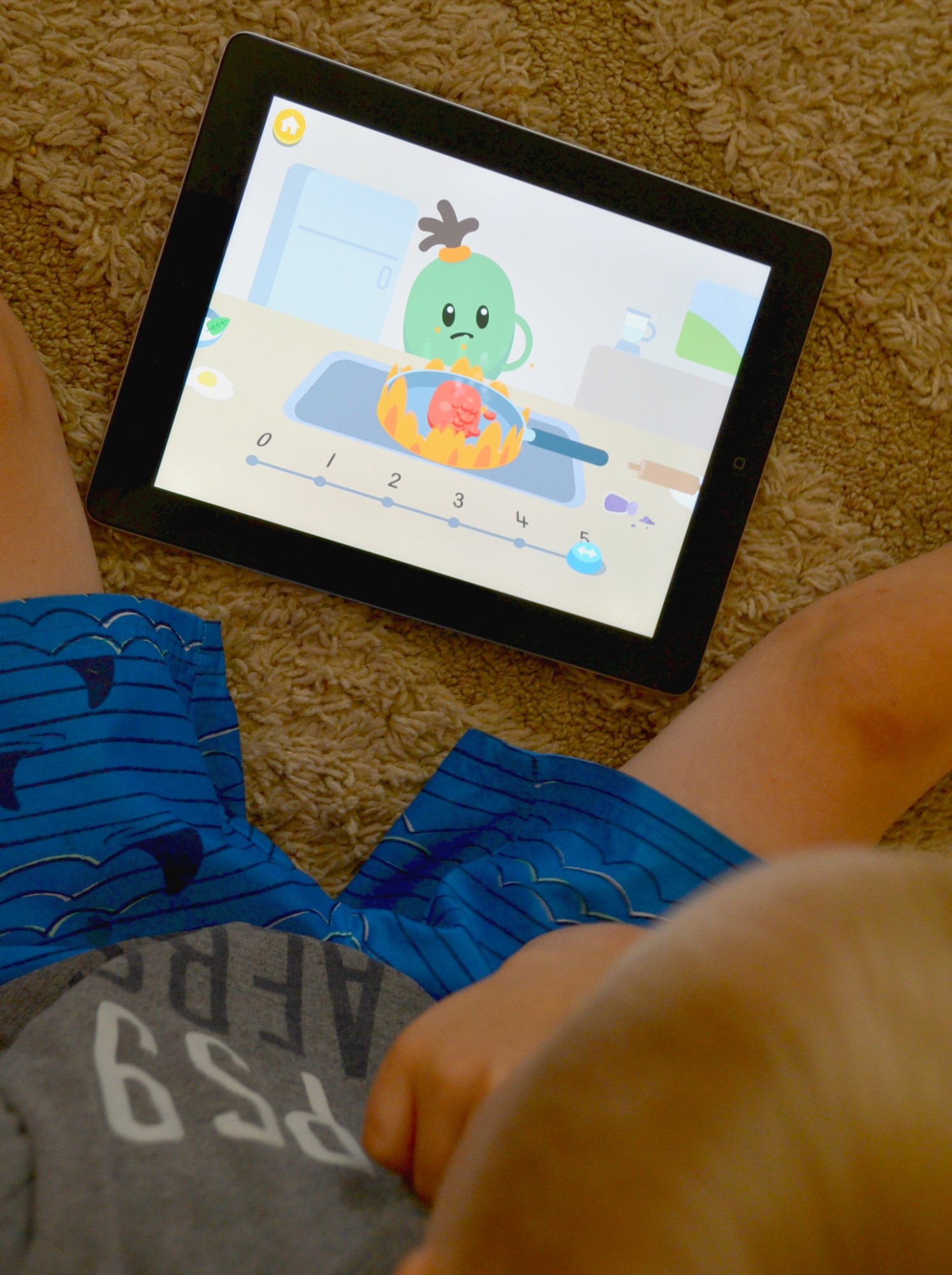 This app may seem like all fun and games, but my children have learned so much about various aspects of kitchen safety! Take a look at the image just above, this is how Boffo reacts and gets worried when the heat is too high on the stove. Those subtle messages truly are effective and something that sticks with my children (without me having to nag them about it dozens of times!)

With the Dumb Ways JR Boffo’s Breakfast app, children can create fun meals from 20 ingredients, learn about food combinations and experiment as they tap, stir, mix and swipe. You can find this amazing app in the Apple Store and Google Play.

There is no question in my mind why millions have downloaded the Dumb Ways JR apps! Clearly these apps are engaging to children and intriguing to parents because the are getting those safety messages across. Why do children love these apps though? I would say it is because the children are given the freedom to create or explore different outcomes, they feel like they are directing the game play. The Multi-sensory and multi-modal elements appeal to a range of their senses. These apps also provide an appropriate level of challenge so that your child is developing a sense of mastery; create their own narratives and games using the provided elements and perform constructing and deconstructing tasks (e.g., combining ingredients to create a meal). But most importantly… they also aim to appeal to your child’s sense of humor with lovable and engaging characters. 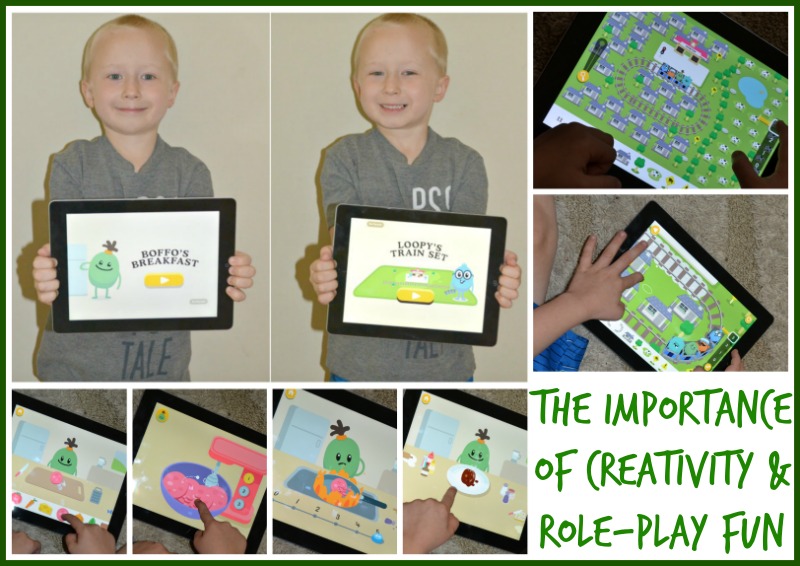