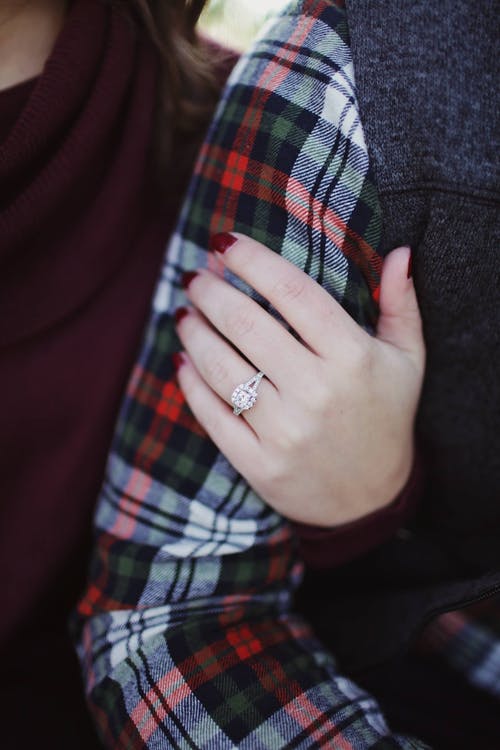 4 Qualities That Can Make an Engagement Ring Look Cheap

An engagement ring is no small purchase to make, so it’s perfectly understandable that a potential buyer will want a ring with impressive looks. Some people are under the mistaken belief that as long as they put all their money into the centre stone, the size and the carat number will be enough for the ring’s value to shine through. Sadly, it’s completely possible for a ring to still look cheap even if you’ve spent a pretty penny on it. Here are some of the red flags that you should avoid when purchasing an engagement ring:

Dull-Coloured Stones Whether you’re shopping for a diamond or going for an alternative stone such as ruby or sapphire engagement rings in Australia, the colour should be one of your top priorities. When it comes to diamonds, whiter is better. With coloured stones such as rubies, blue sapphires, emeralds and other gems, the colour should be rich and vibrant but not too dark as to be indistinguishable.

The GIA or Gemological Institute of America has a diamond colour-grade scale that is used as the industry standard. It grades diamonds from D at the highest, signifying an absolutely colourless diamond, to Z, which are light yellow to brown. The more colourless a diamond is, the higher the price it demands. Diamonds graded from D to F are pure and icy and are considered the highest quality available. You should still be in the safe zone if you go for a diamond graded G through J; these are considered near-colourless and are an excellent value purchase. Steer clear of anything graded L and lower, as these have a noticeably yellow hint that can make them seem less bright.

For coloured stones, there’s much more room for variety—and error. Go too dark and it could be difficult to make the colour out; too light and it’ll appear faint and washed out. In general, deeper coloured sapphires and rubies are more valuable. As a rule of thumb, go with gemstones that are evenly-coloured throughout. If you are set on a lighter-coloured gem, make sure that it isn’t cloudy.

Outdated (or Too Trendy) Design

There is a certain old-world beauty to be found in vintage-style rings, but it can be difficult to match them to more modern styles of clothing, thus appearing tacky as a result. Leaning too hard into a current trend just because every celebrity is wearing it can also prove disastrous later on when the trend inevitably passes and you’re stuck with a ring that is now decidedly passé.

There’s a reason why simple and classic ring styles and designs are considered timeless. They possess versatility and can be worn with practically anything. If the wearer’s personal style changes over the years, it’s a simple matter to upgrade the engagement ring.

Just because everyone focuses on the stone doesn’t mean that you should settle for shoddy metalwork in an engagement ring. The band not only has an impact on the appearance of the ring but the comfort as well; a badly-executed ring band will be burdensome to wear and only serve to annoy the recipient. The tell-tale signs are a warped band, cracks or little bubbles in the metal, and rough casting spots that can suggest any number of things, including poor quality control, improperly mixed metals, and an inferior casting process.

One might be inclined to believe that the best way to show off a sparkler is to set the gem very high, creating a huge gap between the bottom of the stone and the ring band. This does make it more visually prominent, but to a discerning eye, it can appear cheap and be a pain to wear.

A setting that’s too high is the hallmark of a jeweller who mass-produces them to fit a variety of centre stone sizes. It’s also going to inevitably snag on everything: your clothes, the inside of your purse, other people. There’s a proper setting for every centre stone, and you should get one that’s appropriate for the gem you’ve chosen.

The good news is that by investing in a few key features, you can elevate the look of any engagement ring, making it seem more expensive than it is. Invest in good craftsmanship, steer clear of mass-produced engagement rings, and seek a reputable jeweller to help you avoid these pitfalls.