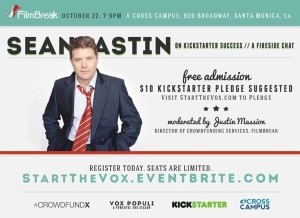 We all recognize Sean Astin from his famous roles on the big screen, but not very many of us know about his ambitious political life! I am so excited to be sharing this wonderful new Talk Show with you all and am in love with the idea behind it. I have seen far too many friends and family get into heated political debates that result in such negativity. Sean Astin’s idea to have a political show where not one person’s opinion is the wrong one, nor one that will be criticized is just fantastic! Read more about this project in the letter down below, as well as the great video at the bottom of this post and discover how to create a blog! 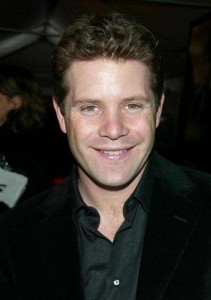 We Began this Political Radio/Video Talk Show May 3rd, 2012.  To Date we have streamed 31, Two Hour Long, Episodes Live on the ToadHopNetwork, {Radio Worth Watching}.
With virtually no actual dollars invested, we have managed to book National Caliber Guests, for example: U.S. House of Representative Members, & diverse high caliber influencers such as Noam Chomsky & Michael Medved. Everyday people from around the world, people with wildly divergent viewpoints on every topic listen and call in live to the show. After an exhaustive trial period, we are now ready to Launch the Show as a viable competitor in the National Pundit Marketplace. With your help, we are “READY FOR PRIME TIME!!!” The show has a lot of heart, but now it’s time to give it some muscle. We’ve past the viability test, now we are looking to you in the KickStarter community to help us deliver a bigger and more robust civic experience. Therefore, we are making the 1st Fully Produced Season of Vox Populi. In order to do this, we need to have a more secure infrastructure in place. The support funds will be used: First, to hire part time staff (Producer/Booker/Social Media staffer/Administrative Assistant). A single employee may assume more than one of these roles, for example the Producer may fulfill the Admin duties; 2nd, to purchase certain pieces of equipment necessary to insure the audio quality of the productions & the telephone technology to manage multiple callers in an efficient and elegant manner. The interest in the program has grown such than many members of the public call in, live, to the broadcast & managing that traffic is complex. Finally, the research required, the coordinating of guest schedules and the preparation of visual materials are time invested tasks requiring minor administrative, logistic and operational expenditures. The funding sought here is meant to immediately Produce a Full Season of the radio show. We intend for the funds raised to secure a physical infrastructure, not only for this season, but as a strong foundation for the show going forward. So far, Vox Populi has been marketed primarily in two ways. The Sean Astin Twitter Following has grown from 28,000 followers before the show  to 87,000 people and counting as the show has developed. In advance of each episode, a barrage of tweets is sent reminding people of the time of the show & stoking interest in the often hot button topics to be covered that week. As a point of interest, each 2 hour episode has enough time to go into greater depth on subjects of interest that are not generally covered in the mainstream media. An example of this was an episode which was entirely dedicated to exploring the function of the Congressional Budget Office. By interviewing a former Director of the Agency. It was a fun, informative and robust show. The second manner of promoting the film is the ToadHopNetwork’s homepage, where our banner is prominently included on their roster. They also plug Vox Populi during their regular programming. At this stage, our show boasts a regular audience of 12-15 thousand viewer/listeners. Finally, supporters of this show can feel good that they are participating in an endeavor that our hugely diverse audience declares is one of the fairest and most accessible outlets they’ve experienced, heightening their desire to learn more about issues & emboldening them to “get involved’ in the social & political activities in their community. Thank you in advance for helping us take this show that we love, to the “Next Level”

Everything You Need to Know About Making Online Payments