A special thanks to ELPH for providing the Miss Frugal Mommy blog with their product for free in exchange for an honest review! 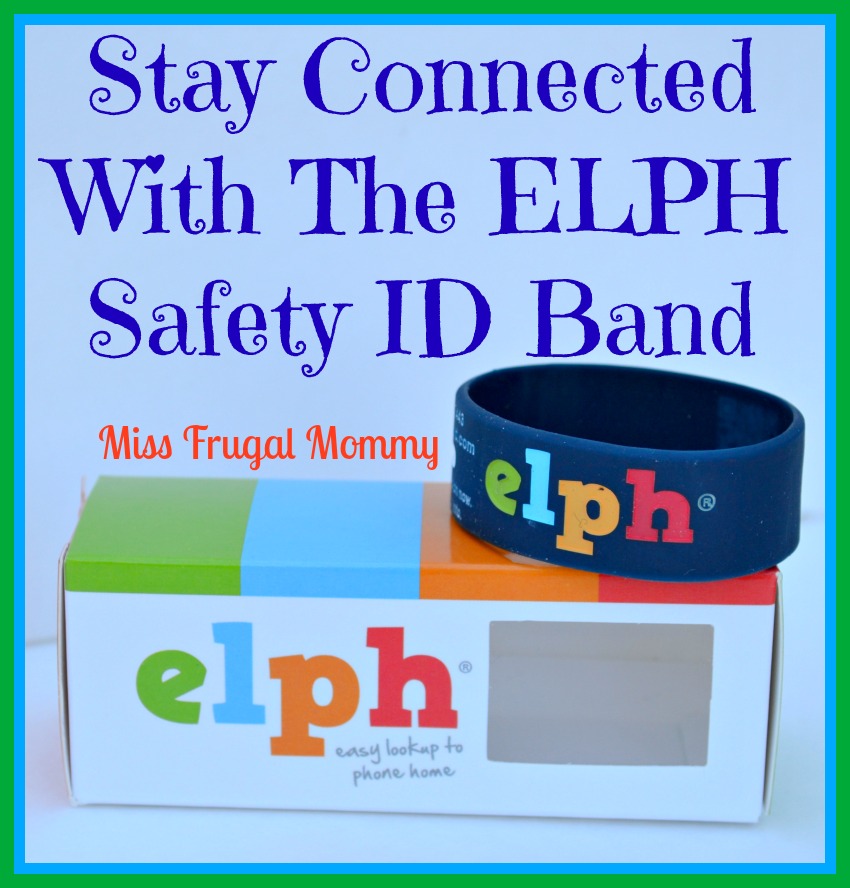 “The ELPH story began with a challenge from Gannett Co., Inc. to participate in a contest for new innovative ideas. After tossing around several ideas, we landed on developing a product that would provide peace of mind when exploring the world with your little ones. We researched the idea and learned that the need for a solution like ELPH was common. In fact, we discovered that there was also a huge need for a product for individuals with Autism, Dementia, Alzheimer’s and other medical conditions. Thus ELPH, Easy Lookup to Phone Home, was born, and, out of some 30 teams who submitted ideas in the Innovation contest, ELPH tied for first place and was awarded funding by Gannett to build and launch the product. ELPH is quite simply help, a simple solution to help reconnect whether used on a daily basis when in crowded public places such as amusement parks, fairs, sporting events, museums, cruise lines etc., to the elderly with medical conditions to persons with mental disabilities. Parent/Guardian contact information is quickly and easily added to our private database in real time. ELPH is serious about personal privacy. Customer data such as guardian and dependent information are not shared with third parties” 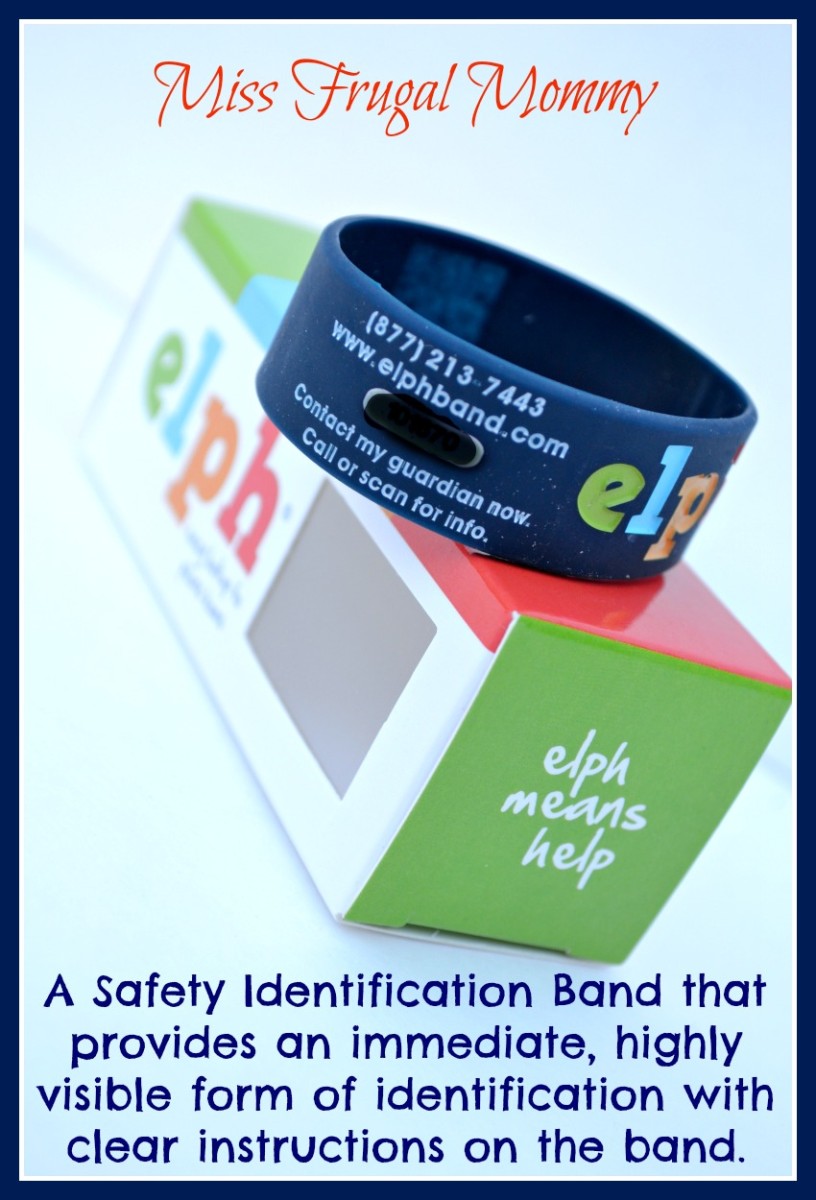 I never understood the true fear and panic of thinking I had a lost a child until I had my son. My first child was very well behaved, always stuck by my side when we were out, and had no interest in venturing any further than five feet in front of me. My four year old son on the other hand, that boy will test his limits to the very end. I can not begin to tell you how many times I have almost had a panic attack in the middle of the store because of my son hiding on me, and each time he was literally a foot or less away from me. One time I was in line at the grocery store, loading my groceries, when all of a sudden I realized I could not find my son. I started running up and down the register lane in a panic, seconds later I hear a little giggle down by my feet… my son was hiding under the checkout counter. I can still remember how upset that made me and I am so thankful it was just small incident where he wasn’t actually lost in the store. As he gets older he is starting to push his boundaries and loves to get a reaction out of me. I just had a new baby so keeping track of three kids can be a bit overwhelming at times. That is why I am so thankful to have just been introduced to the amazing ELPH safety ID band.

The ELPH safety ID band is unlike anything I have ever seen and would truly help locate your child very quickly if you are ever separated. The band contains QR code that can be scanned and all the information you set up in your account will show up for the person scanning it. For example; the child’s name, any allergies, phone numbers, address and anything else you add. If your child ever becomes lost and the person helping to reunite them doesn’t have internet, that’s OK because there is a toll free number they can call to retrieve the child’s information. This is such a great invention and I am so thankful to have discovered it because I want to be 100% prepared in case my son and I ever become separated. I just love how well it fits on him and that it can’t easily fall off. Plus it looks super adorable on him and he has no problem wearing it regularly. This would be prefect especially during the next few months since you will most likely be out Christmas shopping in crowded stores. We are loving the benefits of this band and we know you will to! 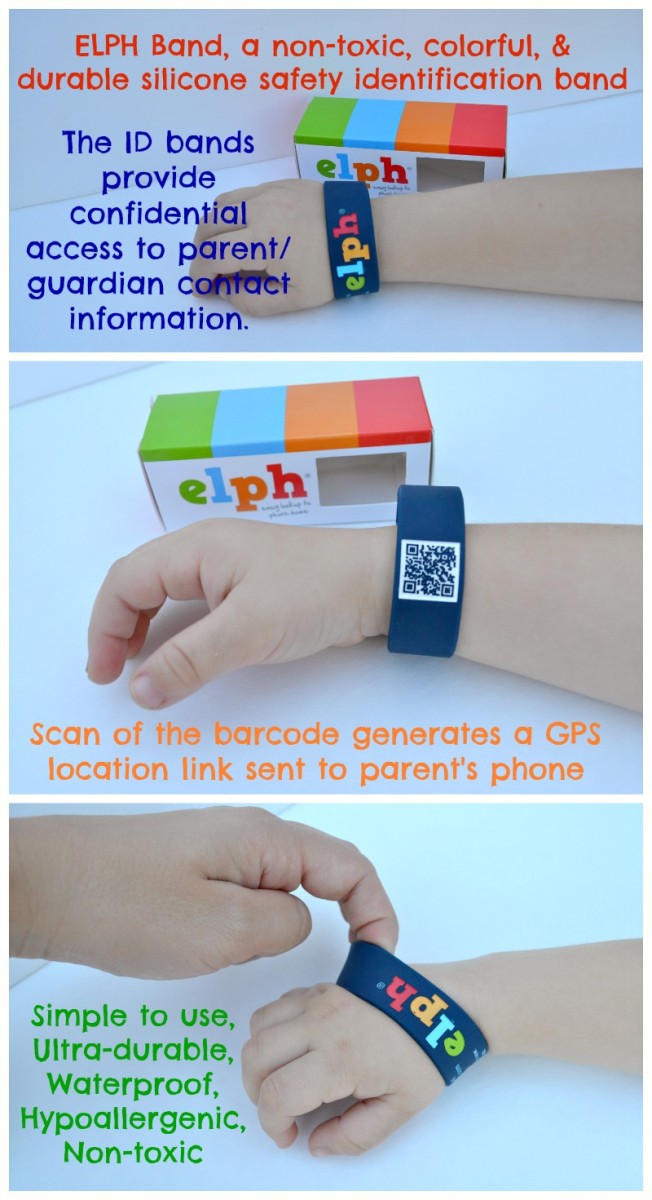