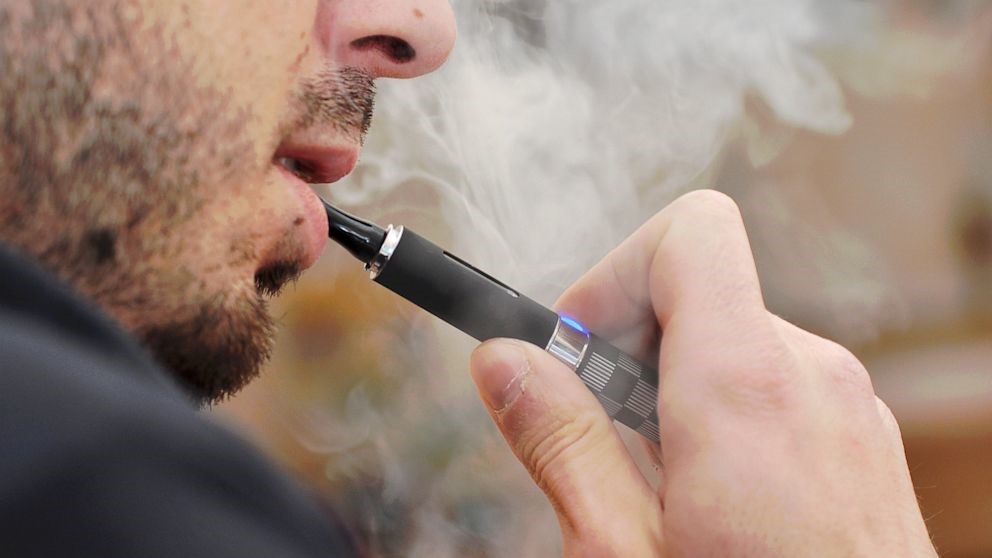 Smoking has been around for a very long time but, until recently, little was known about its detrimental effects on human health. Things such as second hand smoke, lung cancer, and addiction entered the spotlight over the past century and made it very clear that cigarettes are a deadly vice.

It was then only natural, that when an alternative appeared, it was immediately the focus of great attention. Electronic cigarettes became wildly popular in a short period of time, resulting in a lot of controversy and giving rise to all sorts of myths and downright wrong information.

Let’s take a look at a few of these myths and debunk them.

Vaping is the Same as Smoking

It’s really a shame that they are called e-cigarettes, because this inevitably puts them in the same category and makes people consider them as harmful. Introduced to the US market from China in 2007, they come in so many shapes and sizes, that it seems logical they would be mistaken for regular cigarettes. Well-versed vapers know the difference, though. There is no burning involved when vaping, a heating device simply turns the liquid from an inside container into vapour. Nothing to do with smoking, right?

Contrary to popular belief, electronic cigarettes are not tobacco products. They often contain nicotine, sure, but that might not at all be the case, since the 0% nicotine option is also available.

Additional substances are propylene glycol, glycerine, water and flavoring, intended to enhance the vaping experience. In comparison, cigarettes contain over 600 substances which, when burned, release several times more than this number in toxic chemicals, which either cause cancer or are at the very least poisonous.

E-cigarettes Open a Door to Young People to Start Smoking

News and social media are full of reports claiming that e-cigarettes encourage young people to start smoking. They are based on the statement that the flavors and pleasant look of the devices lure youngsters and adolescents alike. Evidence however speaks of the contrary, since very few people try e-cigarettes first, and even if they do, there is no reason to believe that they were influenced by using e-cigarettes initially.

A University of Oklahoma study found that as little as one in 1300 students switched to regular nicotine after starting off with a vaping device. Trying out or regularly using electronic cigarettes is most often a result of an already created smoking habit, not the opposite.

There are indeed a few states where no laws restrict the sale of e-cigarettes to minors, but most have the regulations. And even where no formal restrictions are in place, this doesn’t mean that sales clerks and store owners don’t use common sense to judge who should not be allowed access.

No matter how safe e-cigs are, no tradesperson would risk setting off or feeding a child’s nicotine addiction by selling them a nicotine-containing product.

There are shocking newspaper and magazine reports about people barely escaping death or serious injury as their e-cigarette exploded.

As with any device, it is possible to send the wrong voltage by using a wrong or faulty charger and thus cause the e-cigarette to overheat. This is avoided by using your vaping device with its proper accessories only.

E-Cigarettes are Bad for You Because of Their Nicotine Content

Nicotine really is an ingredient in most e-cigarettes, yes, and despite the fact that it’s addictive, its presence alone does not lead to developing cancer. There are no proven arguments that it has a positive or negative long term effect on health. And you don’t need to choose a nicotine containing liquid if you are not looking to satisfy a craving for it.

There are good electronic cigarette resources which can inform and help future vapers find the best device for them. Electronic nicotine alternatives have the huge potential to make public health better by providing a much safer alternative to tobacco than regular cigarettes. This means it is even a good idea to make them more accessible and affordable.

Second Hand Vapour is Not Healthy

Despite the fact that there is no proof that second hand vapour has any effect on public health, and that it is certainly nothing like tobacco smoke, more and more businesses seem to be enforcing a ban on vaping on their premises.

At the same time, researchers have found that second hand vapour contains as much as 10 times less harmful substance particles than regular cigarette smoke.

There is a widespread myth that the use of e-cigarettes actually promotes all sorts of smoking, instead of helping people quit traditional tobacco.

There is actually countless evidence that for the real nicotine addict this is the only option to kick the vice by being able to get their daily fix without exposure to the harmful products of burning tobacco.

E-cigarettes are a great alternative for all the people who wouldn’t be able to go without nicotine otherwise and simply keep smoking.

You Don’t Really Know What Is In an E-cigarette

This one will be a valid argument only if you are buying from a company with highly questionable reputation. That is, because any respected brand is obliged to fully disclose the list of ingredients in the e-liquid.

And you should be sticking to reputable e-cigarette companies anyway when choosing your vaping device.

There is Anti-freeze in Them

False! Can you imagine any company sticking around for more than a couple of months if they really did put such a toxic substance in their products?

There is a lot of e-cigarette misinformation circling around in all sorts of media, so it is really important to sort out what is true from what is not. Society needs to be educated in order for any significant improvements in public health to take place with regard to nicotine use.