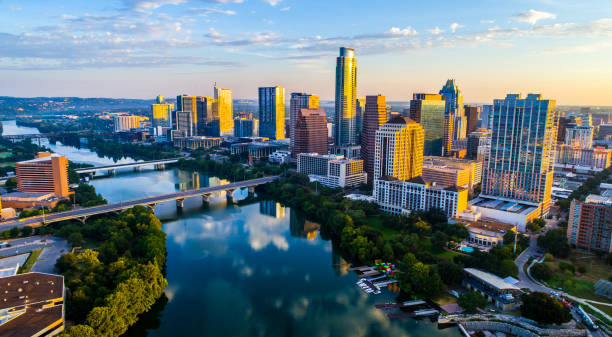 Best Things to Do When Visiting Austin

The city of Austin is the state capital of Texas, home to a population of a about million people and seeming full of a million and one things to do. Austin, Texas is world renowned for its barbecued food and eating establishments. The allure of Tex-Mex cuisine can’t be denied and must be experienced firsthand. Austin, Texas is also the site of numerous music and film festivals, like SXSW, which introduce burgeoning artists to the world.

The only problem with visiting Austin, Texas is that there are just too many interesting things to do and not enough time to do them. If you have an impending trip to Austin planned anytime soon, here are four attractions for you to visit.

One of Austin’s most popular tourist attractions is crowd viewing the dusk-time flight of bat colonies from the underside of the Congress Avenue Bridge. Every night over 1.5 million Mexican free tail bats fly out from under the bridge to search for food. The bats mostly feed on insects and mosquitos. The nightly spectacle occurs every year from March until November. There are numerous ways that you can view this bat flight spectacle. You can watch from on top of the bridge, on a cruise, riverboat or even from a kayak while paddling along Lady Bird Lake underneath the bridge.

Austin is world famous for its signature style of dry rub prepared moist and lean barbecued cuisine. Don’t be surprised if your meal is presented to you on produce wrapping paper instead of a plate. There are too many barbecue restaurants in the city to list here, but we recommend that you make a pilgrimage to the James Beard Foundation lauded Franklin Barbecue a visiting priority.

The blackened burnt ends of meat, brisket and tender, fatty cuts are a local delicacy. Franklin Barbecue is famous for its long-winding and block long lines of customers just waiting to get in. The owner arrives at 2AM every morning to prepare the meat. Customers have been known to arrive as early as 6AM.

If you are looking to dress like a local, you may want to buy some Austin city official cowboy boots. The best place for you to go is to the local city shopping institution Allens Boots. Allens Boots has been in business since 1977. Inside you will find shelves upon shelves stacked with thousands of varieties of cowboy boots. You will find cowboy boots made of leather, adorned with decorative studs and in endless colors. They have cowboy boots made of exotic materials like Caiman crocodile skin. You can also buy accessories like cowboy hats, leather jackets, belts and more.

While you are in Austin take time to relax and pamper yourself with a spa day. Viva Day Spa has been voted the best day spa in Austin. Enjoy one of their signature massages or get that badly needed mani-pedi. They have three locations throughout the Austin area.

Dance at the Broken Spoke Bar

There are an almost endless number of drinking establishments that you can find on your own in Austin. We recommend the Broken Spoke, a bar with a jumping dance hall known for offering regular 8PM Texas Two-Step dance lessons. After working up a dance inspired sweat, try a Lone Star beer with a course of chicken fried steaks at the Broken Spoke.

After trying our recommendations, be spontaneous. Take in a music festival. Visit Austin’s burgeoning gourmet food truck scene. Check out the city’s iconic museums. Austin has a lot to offer its visitors, so make the time to take in as much as you