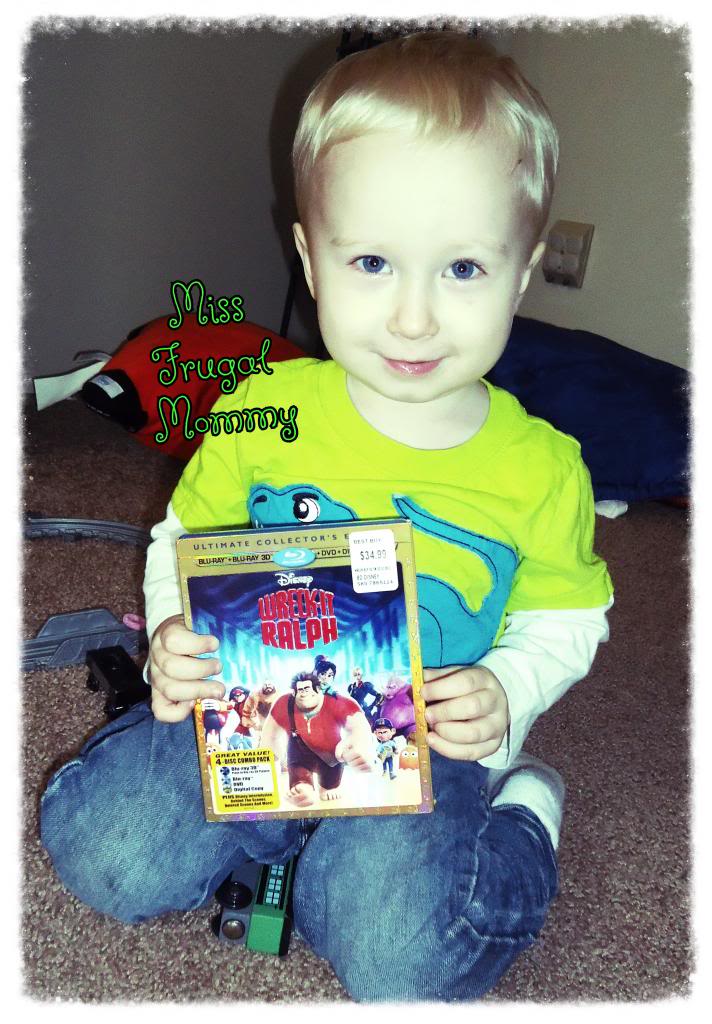 Did anyone else go out and buy this movie first thing today? I know we sure did! Ever since seeing Wreck It Ralph at the movie theater with my two children, we have been counting down until it’s release day. Not only is the release day an excellent way to save money on Disney movies, but there is almost always a coupon to go with it. Lucky for you, I have found BOTH! Right now you can find the Wreck It Ralph DVD & Bluray Combo (originally $34.99) on sale for $27.99 at your local Best Buy store. Next you’re going to want to head on over to this website and sign up to receive $7 off Wreck It Ralph (coupon expires on the 8th,  so catch this deal before it’s gone.)

“Wreck It Ralph is a 2012 American 3D computer-animated family-comedy film produced by Walt Disney Animation Studios and distributed by Walt Disney Pictures. The film features the voices of John C. Reilly, Sarah Silverman, Jack McBrayer, and Jane Lynch. The film tells the story of the titular arcade game villain who rebels against his role and dreams of becoming a hero. He travels between games in the arcade, and ultimately must eliminate a dire threat that could affect the entire arcade, and one that Ralph may have inadvertently started.”

I would have to say that Wreck It Ralph is now on my top five list of favorite Disney movies. We are a big video gaming family, so this movie really hit home. Not only does this it bring humor and laughter, but it also includes some valuable life lessons. You instantly fall in love with all these characters and gain a sense of sadness for the ones being treated unkindly. Children can learn from this movie (as one character is teased by others) on how we shouldn’t pick on people or leave someone out, that everyone should be treated nicely. I would give this movie a five star rating and recommend to for all ages!