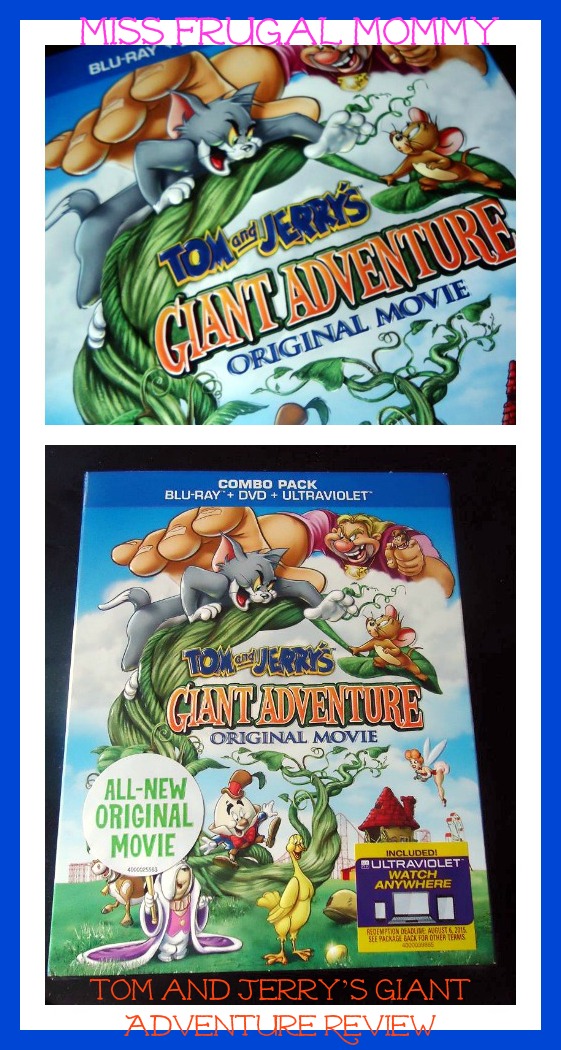 A special thanks to Warner Brothers for providing me with free movies to review on my blog! In addition to this great release, make sure to check out these free online movies.

It’s super-sized fun for the whole family with Tom and Jerry’s Giant Adventure, as the tussling twosome star alongside famous characters from classic children’s literature and legendary nursery rhymes in an exciting, animated re-telling of the beloved classic, Jack and the Beanstalk. Viewers will meet Peter Pumpkin Eater, Humpty Dumpty, the Three Little Pigs, Little Red Riding Hood, Little Bo Peep and many other famous storybook characters as they mix and mingle with classic cartoon personalities including Droopy Dog, Barney Bear, Tuffy the Mouse, Screwy Squirrel, Spike and Tyke and others in a magical story that will delight both kids and adults.

In Tom and Jerry’s Giant Adventure, nine-year-old Jack and his mom Violet have fallen on hard times when their fairytale-themed amusement park, Storybook Town, falls into disrepair and thus fails to attract the patrons it once drew. Unless they come up with a mortgage payment, the park will be torn down and replaced by a strip mall.

Forever optimistic, Violet and Jack refuse to give in and live by the adage “dreams come true if you believe.” To come up with part of the mortgage, Jack sells their beloved cow, Hermione. Tom and Jerry, who are all that’s left of Storybook Town’s petting zoo, accompany young Jack, who trades Hermione to a mysterious stranger named Farmer O’Dell in exchange for magic beans.

Jack’s mom is upset Hermione was traded for beans. Tom and Jerry, however, know there is something uniquely distinctive about these beans and bury them in the soil. As night falls on Storybook Town, Tom, Jerry and Jack fall asleep but are soon awakened by the magic beans, which have formed a giant beanstalk that shoots up like a rocket above the clouds and carries the trio to Fairyland – a magical place, high in the sky.

In Fairyland, Tom, Jerry and Jack meet several characters from legendary children’s stories and nursery rhymes. They also meet Ginormous, a greedy, tyrannical giant with a keen sense of smell, who terrorizes everyone in Fairyland. Jack realizes he’s living the role of “Jack” in Jack and the Beanstalk and learns it’s his destiny to fight Ginormous and free the citizens of Fairyland. Tom and Jerry join in, in what turns out to be an unforgettable epic adventure that promises to leave viewers sitting at the edge of their seats! 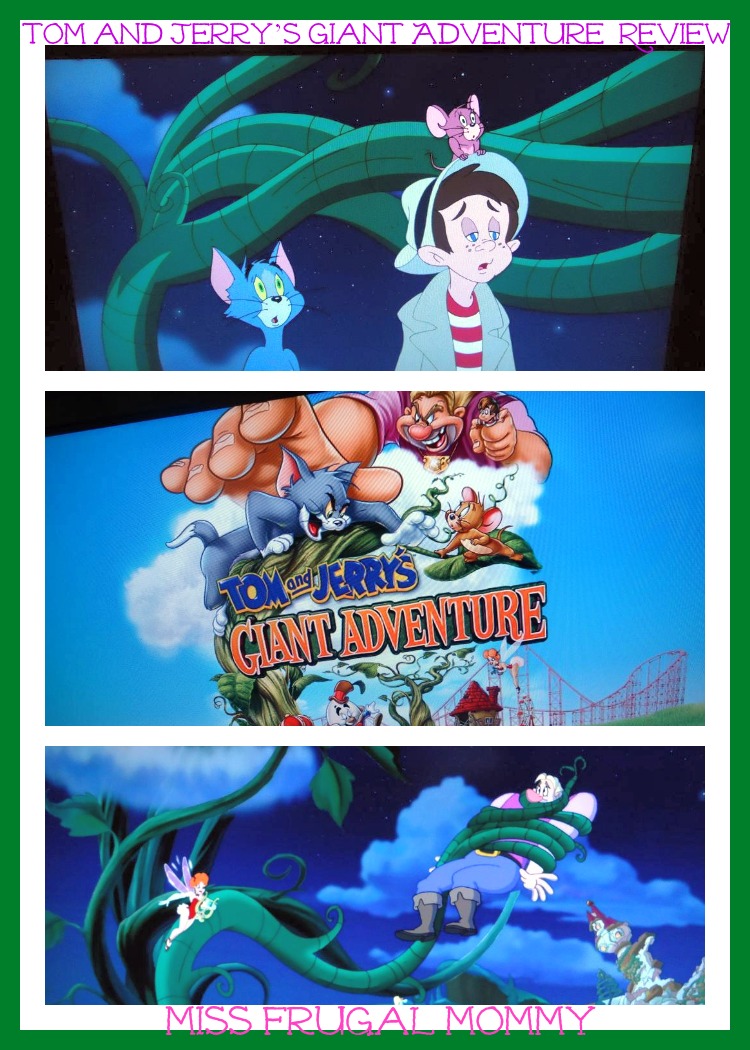 Tom and Jerry is a show that every adult remembers as being one they enjoyed and watched while growing up. I was ecstatic when I discovered that a new movie was to be released and that I would have the opportunity to enjoy a classic with my children. The movie features a story as old as time, Jack and the Beanstalk, and gives it a spin of its own. Upon watching the movie, I was first impressed with how the creators managed to give it that classical feel, while incorporating a modern a touch. The fact that it was offered in blu-ray was a major plus, as we purchase a majority of our films in this format. This gave the movie beautiful, clean and crisp images, making it even more pleasing to watch! I found myself smiling and reminiscing as a realized I was enjoying a movie with my children that I myself loved at their age. It is a rare thing indeed that a show captures an audience for many years and multiple generations. This movie is a must have and one I know you and your children will greatly enjoy together!

Enjoy these fabulous color pages with your little ones! Simply click on the images and print! 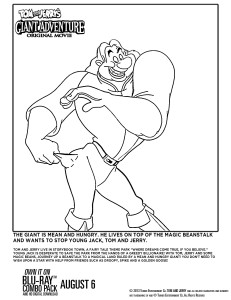 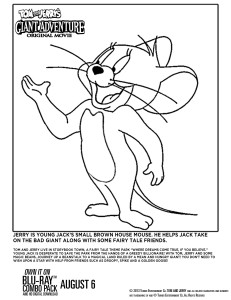 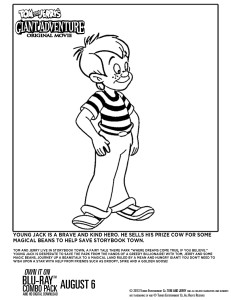 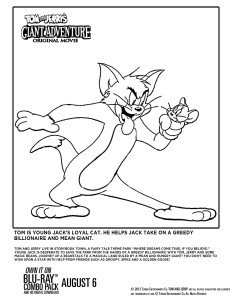 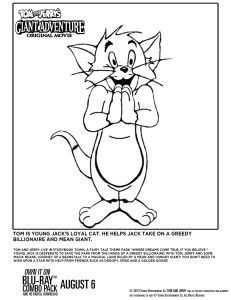 One thought on “Tom and Jerry’s Giant Adventure: Movie Review”