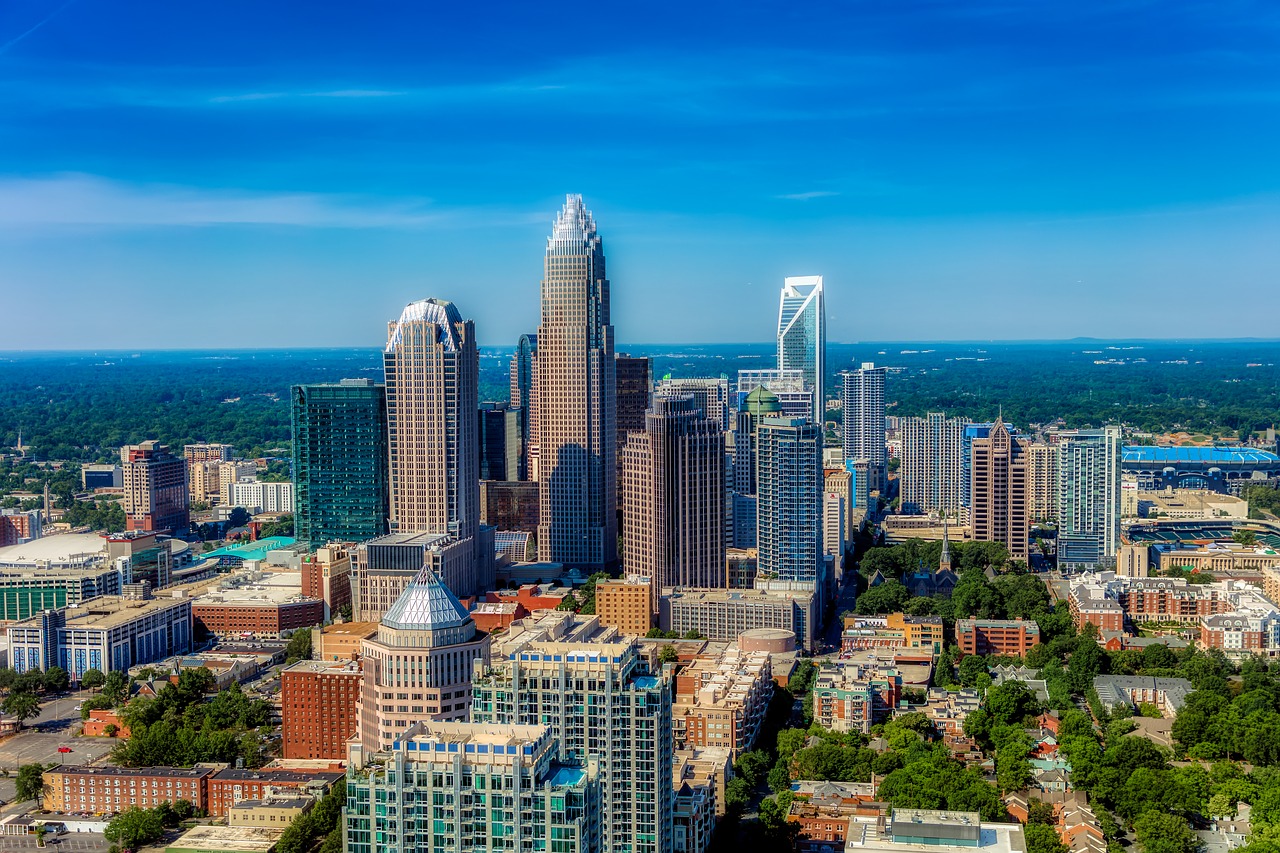 These Are the Cities You Must Visit in North Carolina

North Carolina is one of those states that seems to get lost in the shuffle when it comes time for people to plan their vacations. Which is sad because, frankly, it’s pretty awesome.

Whether you’re looking to check out the tourist attractions, gorge yourself with food and drink, or discover a funky new roadside oddity, the cities of North Carolina have got you covered.

There’s a reason Charlotte has been dubbed “the Queen City” by North Carolina locals. No, it doesn’t have anything to do with Freddy Mercury (sadly); rather, it’s because the original settlement, founded in 1768, was named after Queen Charlotte of Great Britain. That ol’ monarch might not be around anymore, but the city of Charlotte sure is. And after all those years, boy, has she grown!

As one of the biggest cities in the state, Charlotte is unsurprisingly home to some of the coolest attractions North Carolina has to offer, such as the NASCAR Hall of Fame, the interactive science museum Discovery Place, and the iconic Charlotte Motor Speedway.

If there’s one thing all Southerners love, it’s barbecue. North Carolina BBQ might not be quite as famous as its counterparts in Texas or Memphis, but it makes up for it by being a whole lot tastier. Don’t believe me? Then make sure to schedule a stop-over in the capital city of Raleigh, which not only has some of the best BBQ restaurants anywhere, but also a finger-lickin’ good culinary scene in general.

What’s that, you say you’re thirsty after pigging out on all that slow-roasted BBQ goodness? Well, you’re in luck because Raleigh also boasts more craft breweries than you can shake an inebriated finger at. Just make sure to save some for me!

I know what you’re thinking: “Jamestown? Why Jamestown?!?” Sure, it may be a small town with a population of barely 3,000, but that doesn’t mean it lacks charm. More importantly, it has one thing that no other place on this list can claim: the world’s largest highboy dresser!

Yes, a dresser. As in a big cabinet that you put your clothes in. That doesn’t sound that impressive at first, until you realize the one in Jamestown stands 85 feet tall and is 40 feet wide! It won’t inspire you to start browsing Jamestown apartments or anything (unless you have a really strange relationship with furniture), but if you’re visiting North Carolina anyway, it’s certainly something you should see.