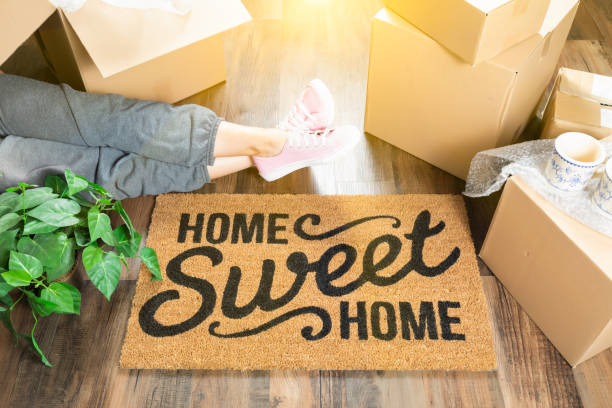 Moving Your Family To California And Finding The Perfect Home

Renting is a wise choice for an initial move in California. You need to know what you’re getting your family into. Now, granted, if you’re coming to the venerated state owing to the right job opportunity, or you have the right level of wealth, you won’t have much trouble. But even in that situation, it makes sense to rent for a while as a means of “learning” your new home.

Also, there are rent-to-own scenarios where an apartment essentially becomes a condominium that you own. You can sometimes find arrangements like this in even less-than-ideal buildings. If you don’t like the layout in such a building, spice it up with a few décor tips that don’t involve totally reinventing your premises.

Still, it’s better to get a luxury unit that exactly fits what you need. Then you can truly see what the city you’re living in is all about. It’s considerable that California is a state much like a foreign own country, and has different features in different cities which need to be factored in. Make sure to check out the rental market trends in Los Angeles, California.

In North California, many people live in the wilderness among the redwoods. Eureka, California is a small town near a collegiate institution which has some interesting features and is cool throughout the year. The next biggest town on the coast is going to be San Francisco; otherwise, there are only tiny little clutches of the population down the 101 south.

When you get to San Francisco, you’ll find some culturally historic architecture, amenities, and businesses. Silicon Valley is located in the Bay Area, and though there have been some well-known intrigues over the last several decades, generally, the area’s very well-off financially.

Oakland is across The Bay from San Francisco and isn’t quite so expensive. San Francisco is presently one of the most expensive cities in the USA. But you can see a massive decrease in basic expenses just across the bay bridge in Oakland, meaning luxury apartments in Oakland can be had for prices near what normal apartments might go for in San Francisco.

Another solution that’s across the bay is slightly south of Oakland. Fremont, California is north of San Jose, south of Oakland, and east from San Francisco. It is also a more affordable city and features top-tier options. For example, the Asher apartments in Fremont are well-known.

As you get down the coast from San Francisco, the looming mega-metropolis of L.A. gets closer. In the middle of California are Sacramento, Fresno, and Redding. These central, quasi-desert cities are generally much more affordable than San Francisco, Los Angeles, and San Diego; they’re also in regions few want to travel to.

Between San Francisco and Los Angeles on the coast are Santa Rosa, Santa Barbara, and Ventura/Oxnard. Ventura/Oxnard is the most affordable of those three, and a very quiet little community right on the coast that’s desirable for many reasons. It’s not too far from L.A., but it’s far enough to avoid most of L.A.’s problems.

As you go south on the 101, you hit Los Angeles, which is 500 square miles of city. From Santa Monica on the coast, east is 120 miles of unbroken city eastward. As you go south, you hit Orange County, which is a massive chunk of southwest Los Angeles. From there is a slight break in the metropolis over several dozen miles, then you hit San Diego.

San Diego is the cleanest of California’s coastal metropolises, but it has extremely expensive gas, and it’s right on the border. If you can choose where you want to live, somewhere outside Eureka or Ventura is probably going to be the most affordable. If you can’t, there are still solutions. Whatever you do, make sure you research the move.

Finding A New Home For Your Family

There are many opportunities for families of all kinds in California, but those who don’t do their homework will have to learn about the way California works through trial and error. This can be avoided, and in a way that’s very comfortable with the right luxury units.