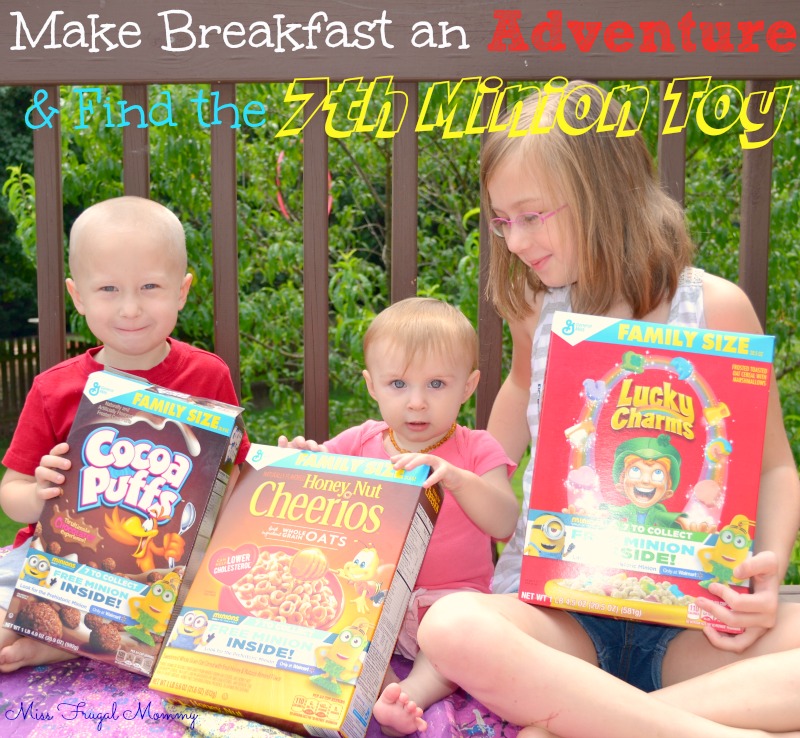 This shop has been compensated by Collective Bias, Inc. and its advertiser. All opinions are mine alone. #The7thMinion #CollectiveBias

Having three children that are not close in age means that finding activities for them that they will all enjoy is something I have to work extra hard at. There is one thing that they all share in common and love and that is breakfast! This is something they enjoy together every single day and my oldest two were especially thrilled to learn that there were minion toys inside their favorite cereal. We have been huge fans of the minions since the first movie came out, there is memorabilia throughout the kids rooms and the playroom. We have the new minion movie date marked on the calendar and the kids have been counting down the days until we go to the movie theater and see it. In the mean time there are some fun ways to get excited about this much anticipated movie. I decided to relive my childhood with my own family and relive the excitement of finding a toy at the bottom of the cereal box. So we spent the morning making breakfast an adventure and trying to find the 7th minion toy. 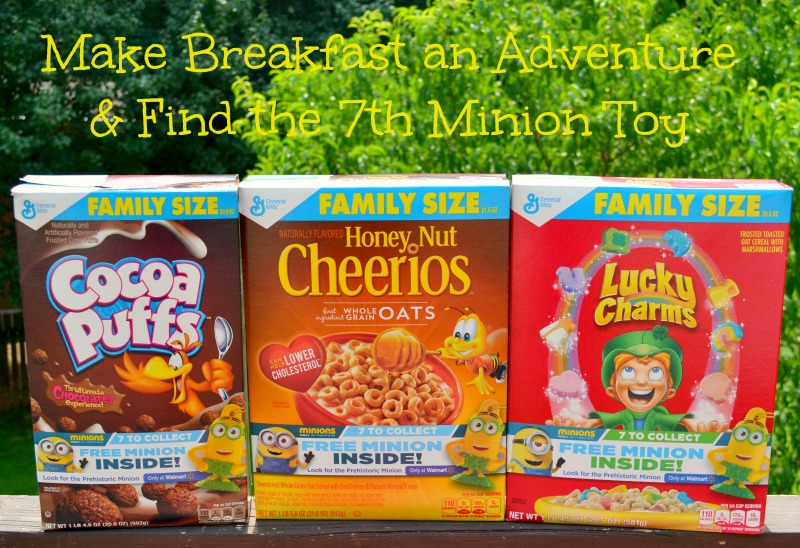 I remember as a child how excited I was to discover that toy in my cereal box, especially since I have three other siblings that were just as eager to find it. There is something so thrilling about it and then collecting them and challenging yourself to find all of them. My daughter had been eyeballing her cereal box the entire time we were grocery shopping at Walmart, she had her heart set on finding the minion you see featured on the front of the cereal boxes. Much to her surprise and as you can see from the surprised/excited look on her face, she indeed found the minion she had her heart set on. That truly made it a special time as a family… it took an average morning of eating cereal and turned it into an adventure full of laughter and excitement. 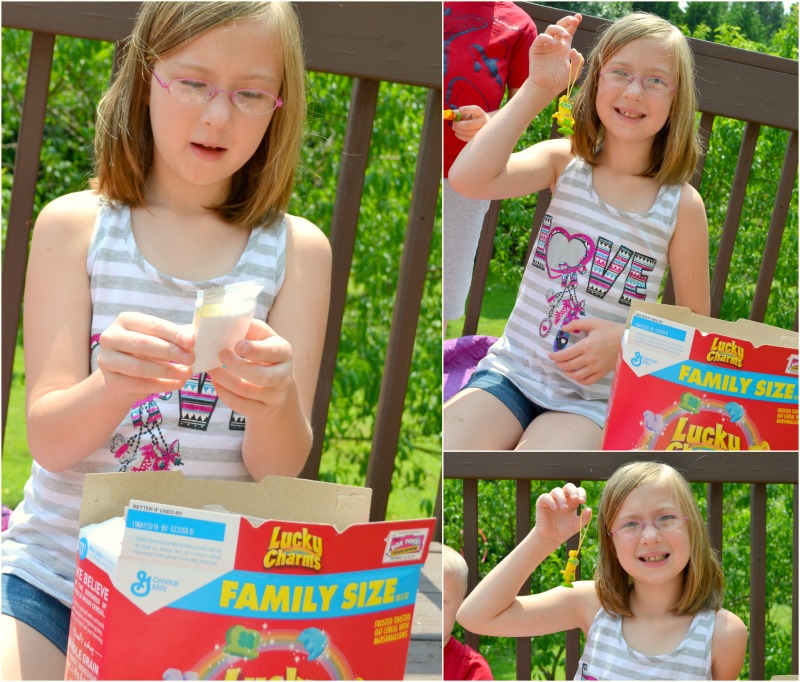 My son was still in disbelief that there was going to be an actual “minny” in his cereal box. When my son was much younger he couldn’t say “minion” and would pronounce it “minny” which has stuck with our family! This boy of mine adores anything minion related and actually watched the first two movies last week in preparation for the new moving coming out soon. His grandparents had a minion Christmas ornament on their tree a few years ago and he swiped it from their tree, brought it home and placed it on ours, haha! So you can just imagine how thrilled my son was to be on the hunt for a minion at the bottom of his cereal box. He scored the adorable caveman minion and could not have been more pleased… although I just know the next time we are at Walmart he will be asking me to grab another box so he can add to his collection and hopefully find all 7 minions.

Cheerios are undoubtedly a staple in every toddler’s life, so not only was my sweet baby Adeline going to enjoy her favorite treat, but she was about to discover there was a bit more waiting for her in that box. Being the third child she is smart as a whip and picks up on everything her older siblings are doing. It didn’t take her long to realize that they were having fun with the minions and she was anxious for one of her very own. She was so adorable eating her little cheerios and talking to the minion, it’s moments like this that I am so thankful that these three are close and love being together. Life can get so hectic and moments like this, where my children are laughing and having fun together, I am reminded that it is totally worth it! 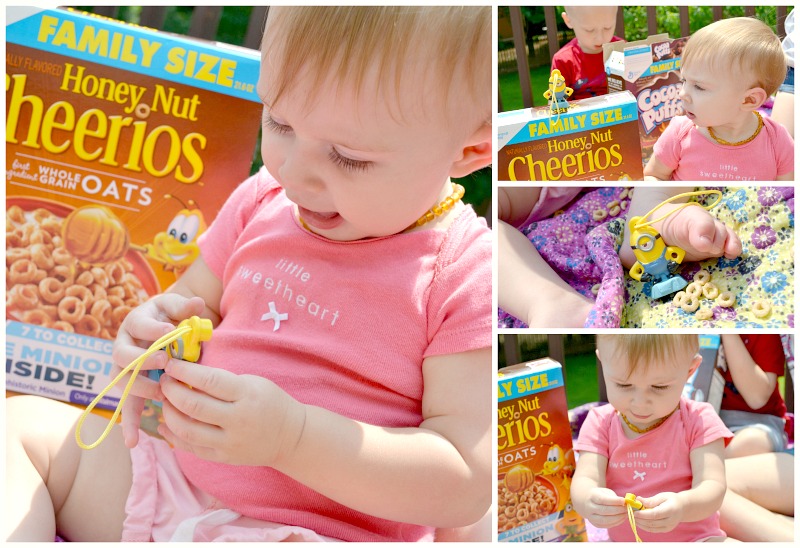 My children discovered that their minions can all connect at the arms and form a chain of minions… which as a mother I was very happy about because they were willingly sharing their toys… without any disagreements or fighting. Another plus to discovering more of the minions, I can’t wait to try and find the rest of them with the kids! 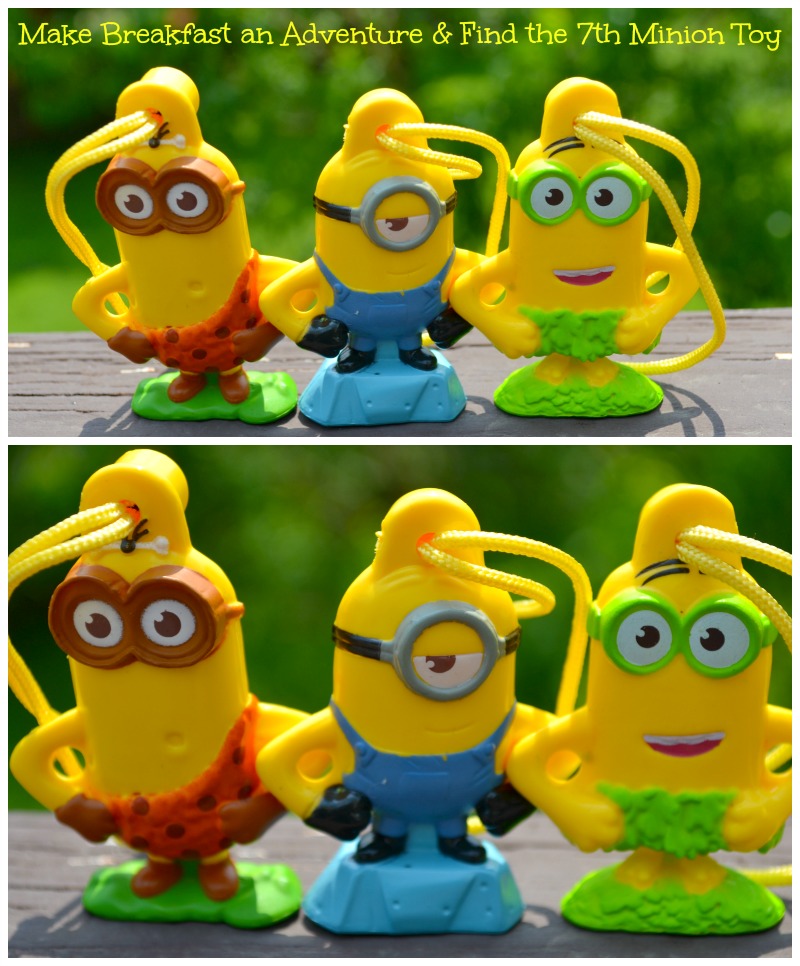 Are you ready to make breakfast an adventure and find the 7th minion toy with your family? Minion toys can be found in specially marked packages of General Mills Cereal exclusively at Walmart. Just look for the minion on the box, my daughter kindly pointed it out in the picture down below! 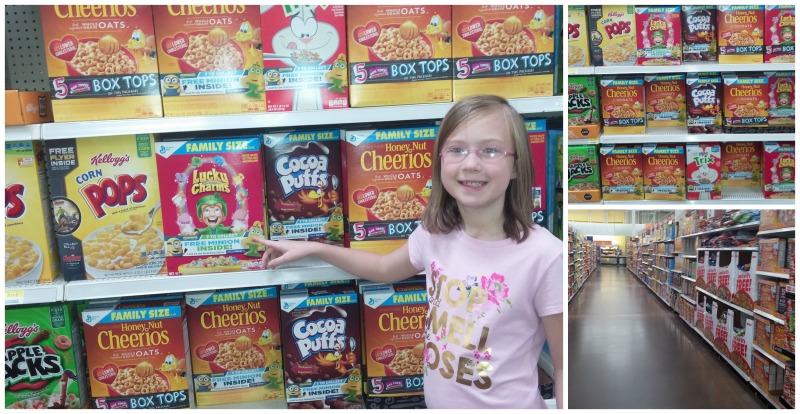 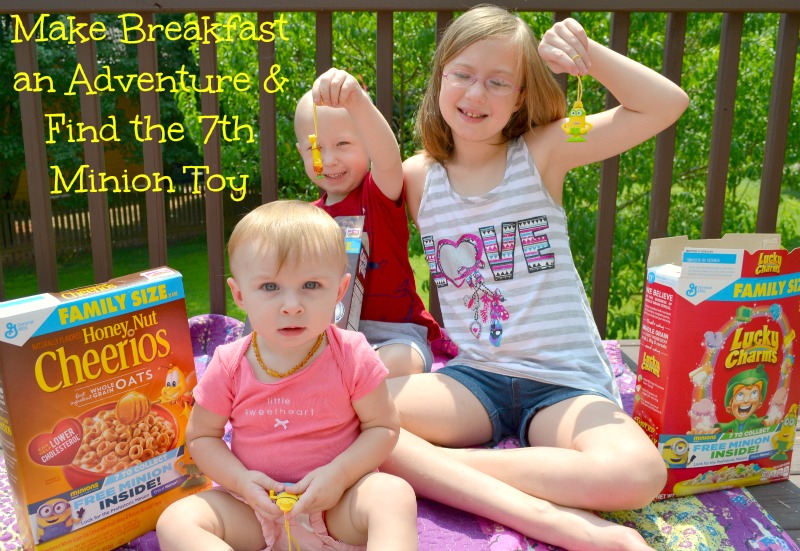 The First Bean Based Snack In The Baby Aisle