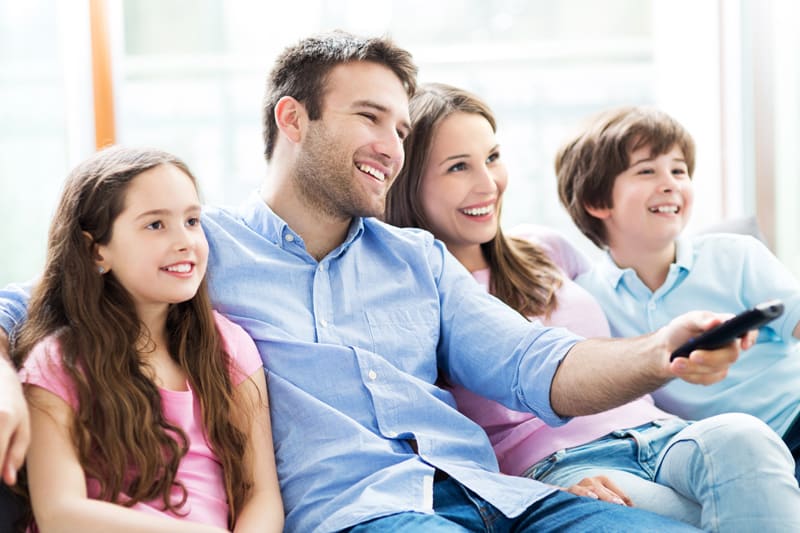 As with most things in life, bigger is often better and for most people, it is most true of their TVs. The good news is that TV technology has come a long way in recent years, making it possible to get a great deal on some of the best name brands available. It’s now easier to keep up with the neighbors with the latest 55-inch TV than ever before and they need never know that actually it was a very cheap 4k TV you bought!

What exactly is 4K?

4K is also known as ultra-high definition or Ultra HD and refers to its screen resolution that is 3,840×2160 pixels, which is around four times the definition of standard HD. Because there are over 8 million pixels packed into the screen, the image has maximum definition, with more texture and detail than you’ve been used to.

Fans of 4K say that watching an Ultra HD TV is just like looking out of the window because of the sharpness of definition and the fact that images look completely life-like. 4K is particularly effective on bigger screens, in fact the larger the screen, the higher the definition. However, the difference in picture quality will be more noticeable if you buy a 4K TV at the same size as your current one. The fact that you’re cramming so many more pixels into whatever screen size you have is going to make for a much denser picture with very fine details.

In short, no and that’s because prices for 4K TVs have really fallen in recent years, as competition among the brands has increased. If you were looking for a 4K TV even four years ago, you would have been looking at a price tag of around $4000 but now prices have fallen to around a quarter of that figure. Prices have probably fallen as more streaming platforms upgrade to 4K content, which offers more opportunity to enjoy 4K picture quality. Now that the technology is becoming accepted as the new norm, 4K TVs are now much more affordable than ever before.

Because of the price reductions in the technology, it is now possible to get a 55-inch 4K TV made by really well-known brands, such as LG, Samsung, Sony and Vizio for less than $1000! This means that there’s no need to buy an unknown Chinese brand of TV to keep up with the latest technology. Although there’s nothing wrong with a TV made with cheaper technology, it’s always better to buy from a brand you have confidence in and now that is a much more affordable option.

The TV is the hub of the home, where family get together and enjoy leisure time, watching the Super Bowl or the gripping season finale of Game of Thrones. That’s the main reason people are keen to keep ahead with the latest TV technology and with prices for 4K TVs as low as they’re likely to go, now is the best time to buy.

12 Frugal Fashion Tips When Shopping With Your Tweens & Teens