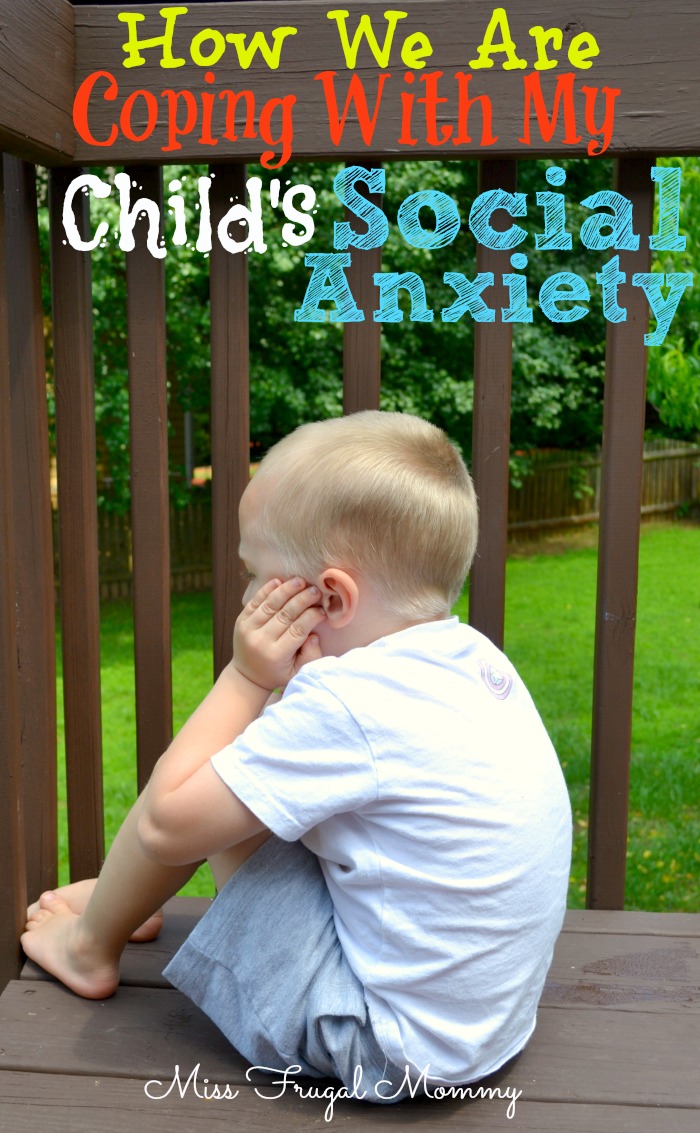 How We Are Coping With My Child’s Social Anxiety

A special thanks to GoZen for sponsoring today’s conversation.

One fact that I have learned while raising my three children is that there is no one way to parent them all. Each one of them has their own unique personality and the their own special needs. My oldest daughter (for example) has always been so easy going and adapts quickly to new settings and situations. While she is not loud and overly outgoing, she is very confident in herself and has always made friends so easily. We could stop by a new park or playground for the first time, she would see a group of kids playing, her face would light up and she would immediately run over and introduce herself. I could and still can go anywhere and she will have no problem finding playmates and at the end of the day I am having to drag her away. My four year old son, on the other hand, is very timid and hesitant in social settings. If you spoke to my son (taking a few minutes to let him warm up to you) he will talk your ear off and finds so much pleasure in telling you about his family and his favorite activities. The problem though is this doesn’t come easy for him and I was recently faced with a situation that only reminded me again that my son may have social anxiety.

My son has endless amounts of energy, from the second he wakes up and from the moment he rests his head. This kid is one of the happiest, bubbliest and energetic kids I know… and at the same time he is the sweetest, kindest most loving son in the world that is always looking for ways to help out. I decided that maybe it was time to take some of that energy out in an extra curricular activity, so I contacted the local recreation center and they suggested karate. I thought “great!” I did karate as a kid and loved it, my son loves to wrestle, he is just going to love this! OY… I was so wrong… karate ended up being a complete disaster and I still feel guilty for bringing him. The class was assigned for children ages 4-7 and my son just so happened to be the only 4 year old out of the 15 kids in the class. Not only that but he was significantly smaller than all of the kids, especially the large group of 7 year olds. My son very bravely lined up at the mat, as instructed, despite the towering kids that surrounded him. The first exercise they were asked to do was run from the mat and then to the wall (and vise versa) when their teacher shouted. I watched as my son struggled to keep up and as his mother, I knew that his flushed cheeks meant he was on the verge of tears. Kids were being loud, the instructor was making that loud shout they do in karate, and on their last sprint I watched as my sweet Roman lost his composure, burst into tears, and run across the room into my arms. We stuck around for a few minutes, I remember a few mother’s kindly trying to coax him into joining back in. As his mother I just knew this was more than not wanting to participate, but that he was physically and emotionally upset by the situation. My heart could not handle seeing my son in that much pain and sadness again, so we decided to leave and that was the end of karate.

I think back to that moment a lot, if you are a parent reading this I know you can relate to the fact that we constantly question our parenting choices. Should I have made him finish the class? Should we have returned the next class and tried again? Am I babying him? Am I enabling his social anxiety? So many questions and second guessing, but there is no handbook for parenting and we are all doing the best we can. The only thing we can do is learn from our… decisions? I don’t necessarily want to call it a mistake because deep down in my heart I felt that was the best decision at the time! Despite how many times I questioned my decision, I ultimately agreed that it was the best one.

Last week I brought my two youngest with my to a train museum about 30 minutes away, we had never visited it before but I saw it advertised locally because of their “mommy and me” event. We arrived and my son was anxious to explore the museum, check out some trains and visit someplace new. The classroom where the event was being held was on the opposite side of the museum and my son was gleaming with excitement as we made our way through the hallways. Once we finally arrived to the classroom, my son immediately clammed up and dug his face into my side. The room was full of two dozen children scattered throughout the room, parents and a couple of employees. My son insisted we sit in the back and so we sat as they prepared to start a story. Many kids made their way to the front where they were asked to sit for a story. I made several attempts to encourage my son to join in with the kids, but he just kept telling me he didn’t want to be there. After ten minutes I decided we would be better off exploring the museum alone and skipping out on the mommy and me event. Once again I look back at the decision I made and realize that I may have enabled his social anxiety. Should I have made more of an effort to get him to join in?

Realizing that kindergarten is quickly approaching for my son, it’s time to figure out ways to ease his social anxiety. I recently began using a program called, GoZen, which is research-based techniques to help alleviate childhood anxiety. They use animations to deliver anxiety relief techniques for children in an engaging and effective format. GoZen specializes in the science of resilience, mindfulness, and optimal living to deliver concrete methods to help your child live their best life possible. They offer a community on Facebook made up of people who continually inspire one another. They also offer full anxiety relief programs and other resources on their website.

Upon visiting the “GoAdultoids” section and playing the first video, I was already in tears, not because I was sad, but because I felt a sense of relief realizing I was not alone… and that I wasn’t the only one struggling to help with my child’s anxieties. The enabling of my son’s social anxiety that I mentioned previously was one of the first topics touched on in the video. I am very pleased with the presentation of these videos, they are very engaging and well scripted. I was given tips on better ways to help my son and what actions are only making his anxieties worse. I left with a freshened attitude and a whole new outlook on how we were going to help my son.

They also have many other resources to help you and your child on a journey to understanding and helping with social anxiety. Widdle the Worrier is one example and this little guy helps bring your child’s worry to life! You learn througout the GoZen material that that ignoring anxiety doesn’t usually work. But personifying worry (with Widdle) can help your child take an abstract idea like anxiety and make it palpable. Widdle contains ten tips inside of him that he likes to share with your child when they squeeze his tummy.

“With the Widdle the Worrier stuffed toy, your child has a way to separate worried thoughts from rational thoughts, to externalize frustration and give their worry a voice, and most importantly, to practice research-based techniques out loud to help them reduce worry.” 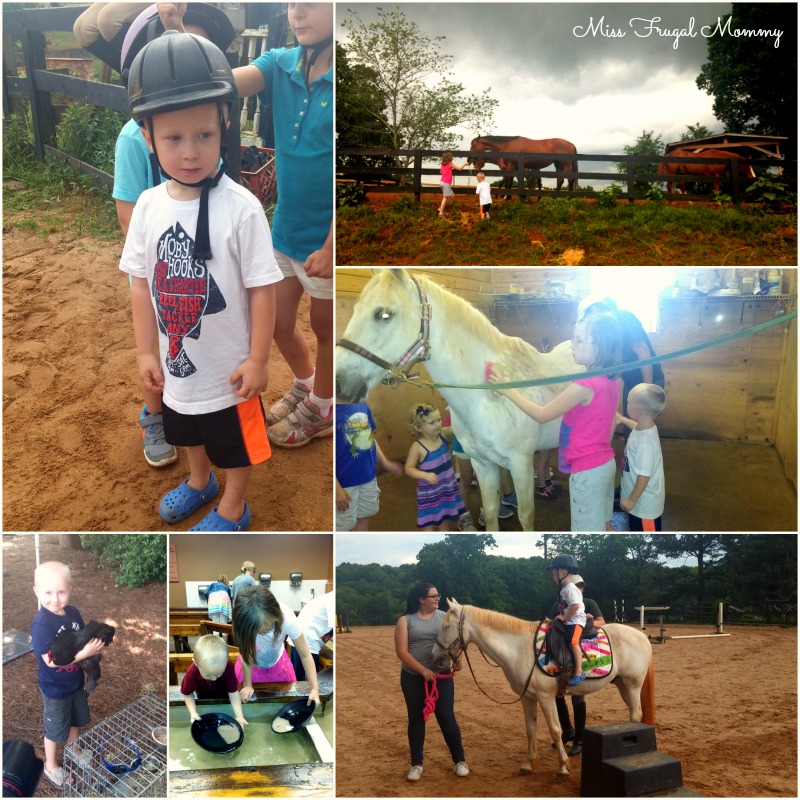 I have truly enjoyed these GoZen lessons this past month and my son and I are both learning so much from the videos. I have grown a better understanding and in return, I am a much more patient mother for my son when it comes to his social anxiety. We have been to a number of events where there were many children around. If you take a look at the collage of photos above, there is a story behind each one. We attended a local event where there were a dozen or so children, and despite the chaos, my son was able to remain calm and comfortable enough to join in and brush the pony… he even waited patiently in line with the children and took a ride on the pony. We visited a local museum and in a room where children were elbowing to get a turn at mining for stones, my son stepped right in and took his turn. A trip to the farmers market was quite memorable as my son found he was brave enough to befriend a women and her son whom sold eggs… and he even held their beloved chicken. I am learning to praise the moments my son doesn’t let his social anxiety interfere and embrace him when he is feeling overwhelmed. I am greatly looking forward to continue to learn from the GoZen website and watch my son become the brave and social little boy he yearns to be, even if it takes a few extra steps!

How You Can Save Money by Being Safe

Phthalates in Cosmetics: Are Consumers at Risk?