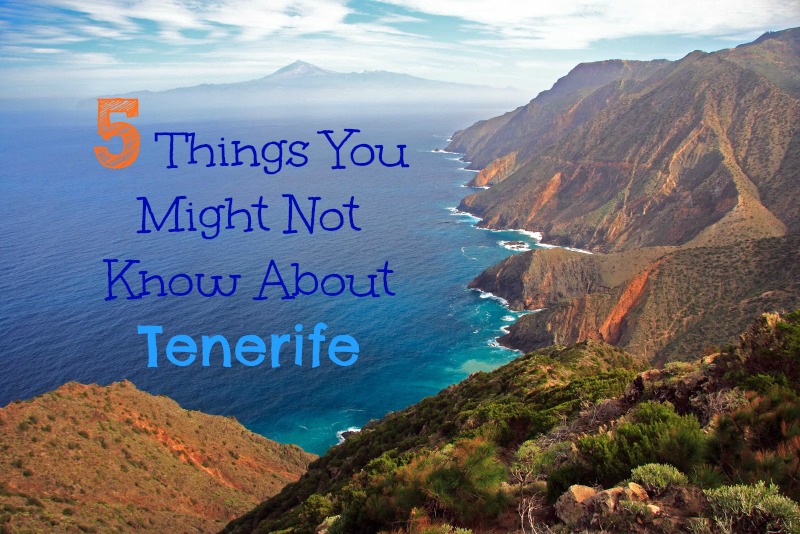 As the largest island in the Canaries, Tenerife is famous for a wonderful climate with mild winters and pleasant summers. But there’s much more to Tenerife than sunny beaches and clubbing. Here’s five interesting facts about the Canary Island that’s a firm family favorite.

1. It has an amazing history

The islands have been populated since before Roman times, but more recently Admiral Nelson attempted an invasion in 1797, during which he famously lost his arm to cannon fire. Stage a peaceful invasion of your own to historic La Laguna, where you’ll be able to see wonderful mansions and its stunning baroque cathedral.

Visible from nearly everywhere, Mount Teide dominates the island and is the third highest volcano in the world. The reduced oxygen at 12000 ft makes it a challenge to walk, but the view from the rim is spectacular.

3. There is black sand

No, that beach is not polluted! The sand is naturally black as it is formed from basalt. In fact, you can also find golden beaches on the island such as in the south at Playa de Las Americas, but these are actually made with sand imported from North Africa! You might find the black stuff a bit strange at first, but it doesn’t tend to fly around in the breeze so much, and is actually easier to brush off from towels and clothing.

Although there’s no animosity, there are distinct differences between the north and the south that you need to bear in mind when booking flights to Tenerife, especially if you are making your own travel arrangements. Firstly there are two airports – one at Reina Sofia in the south and the other called Los Rodeos, near Santa Cruz in the north of the island. Go south for the more modern resorts with good night life and all the amenities such as sailing, water skiing, theatre shows etc. Or head North for a quieter time with less foreign tourists.

5. They do serious Carnival

Or should that be Carneval! Once a year Santa Cruz does lets its hair down big time, when it plays host to the traditional Mardi Gras Carneval. This event is enormous and is second only to Rio in its scale and popularity. Irresistible too – turn up to watch and you will probably end up in the parade!

Add to that list the very distinctive cuisine (you haven’t lived till you’ve tried Canarian wrinkly potatoes!) and really there is no good reason not to put this wonderful island on your must-go-to list. You won’t regret it.

Image by jockrutherford used under the Creative Commons license