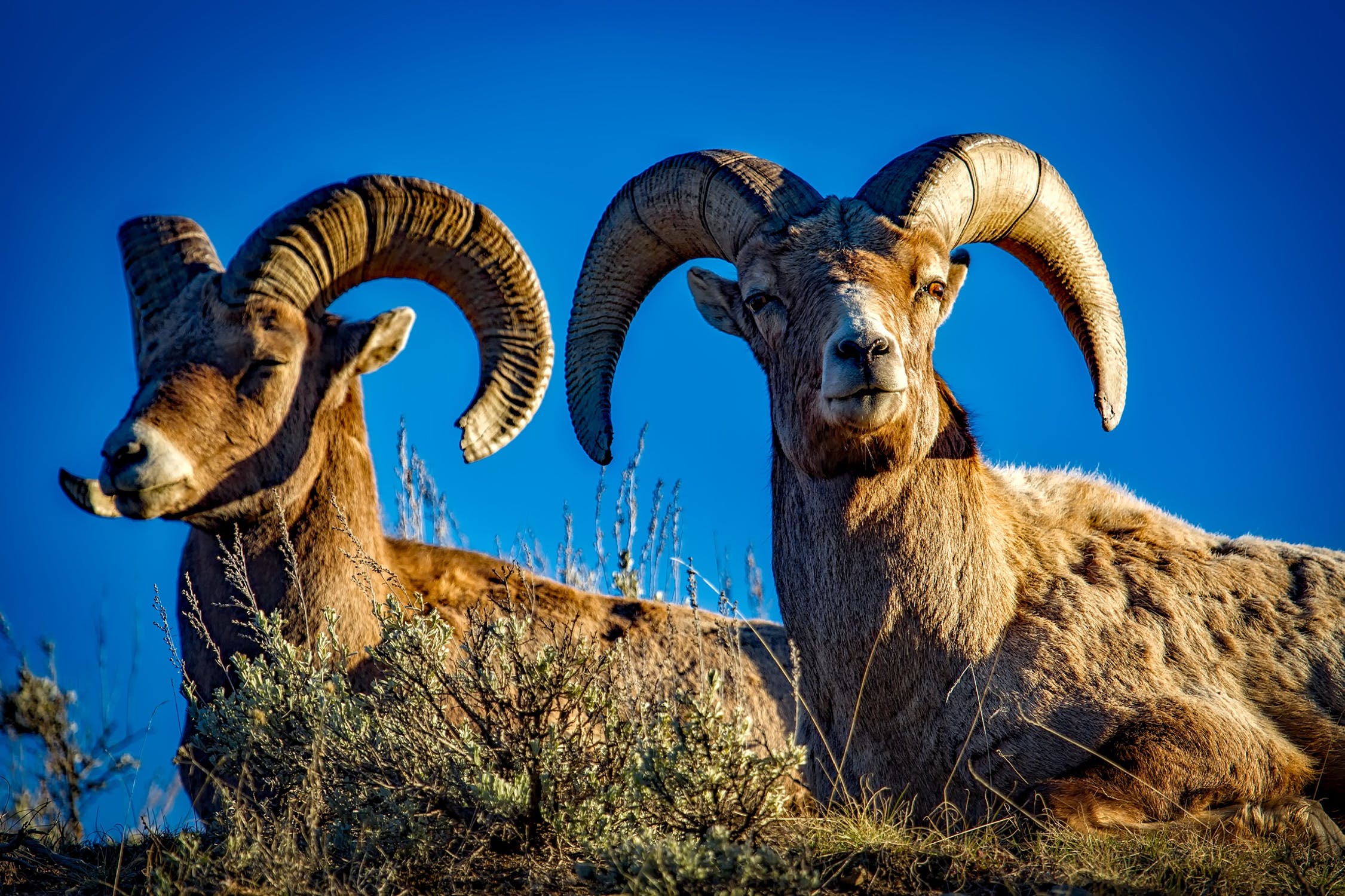 Many visitors love the Rocky Mountains that stretch from Canada to New Mexico in the western region. They love gazing at the scenic snowcapped Rockies rising above the cloud line. This area is teaming with fantastic wildlife living across 266,714 acres of majority forest land with bare rocks and alpine tundras in between. The highest mountain is 11,000 feet high! Check out this blog about conservation efforts across the range to save animals in that region.

This elusive animal is rarely seen in the Rocky Mountains, but the species survives there the best it can. It’s a fearless animal spending most of its time in the high elevation of the mountains trekking the deep snow in search for food. It is an opportunistic eater ready to pounce on almost anything that crosses its path. It’s recognizable by its muscular stock body, distinctive dark to light coat, round eyes, short legs and a light-colored facemask with dark fur in the nose section. A judge struck down a law in 2014 that would classify the wolverine as an Endangered Species, setting back conservation efforts to save this mammal from extinction.

Part of the feline family, this beautiful animal looks similar to a house cat but obviously is a lot bigger. It can be identified by the long pointy ear tufts listening for prey, a short bobbed tail that resembles a bobcat, thick fur for insulation in the snow, long legs for maneuvering like a running back, and very large paws that pushes deep down in the snow.

Roaming the Colorado countryside is the largest mammal in North America. This is the American Bison (also called the buffalo). This animal can be identified by its humped shoulders on an insulated body with a hard neck and short, curved horns. Dominant males will defend their females against other dominant males. It’s a herbivore primarily eating grass and shrubs. Bison are also fast runners reaching speeds up to 40 miles per hour on an open plain. During the 19th century, over 50 million were killed in the United States for food and to prevent the Native Americans from thriving, which is why the American Bison is so highly valued today. This animal is so prominent that former president Obama signed the National Bison Legacy Act that made the American Bison a National Mammal.

These cute little critters are responsible for much forest devastation all over the country. However, they are also food sources for many airborne predators. What makes prairie dogs unique is their sophisticated language. They produce different sounds for different predators. For example, they have one sound for an owl and another for an eagle. Their high pitch bark is what gives them the name. White-tailed prairie dogs, which is a cousin of the squirrel, are found in Colorado. When

predators swoop down on them for a meal, the prairie dog can get out of dodge at 35 miles per hour! They are herbivores and build their own burrows all day long to the point other animals, including their land predators such as snakes, sometimes occupy the space. Prairie dogs are identified based on the short bushy tail, short ears that look hidden, eyes on the sides of their heads, and that beautiful golden brown fur just like a squirrel.

Standing in confidence and blending in with the beauty of the landscape is a majestic creature called elk. Males are called bulls and females are cows. They can be seen on the various trails throughout the Rocky Mountains. The males exert audible signals letting others know Fall is now here. They mostly eat forbs, plants, and grass. They have large, elaborate antlers and use them to fight with each other during mating seasons. Closely associated with the deer family, the elk was the source of meat and hide for early settlers in America.

Cougars have many names including Panthers, Pumas but are mostly known as Mountain Lions. These majestic creatures creep steadily through the forest waiting to pounce on a meal. Some look cuddly and non-harmless like a kitty cat because they are most related to household felines. However, these vicious apex predators should be here near a home because they are dangerous but also are typically nervous around people. They’re known as the largest feline in North America, sometimes nocturnal only coming out at night. Cougars are identifiable based on those reddish-brown to cinnamon coat colors. Populations are low, but they are thriving!

Inspired Pikachu from the Pokemon series, the American Pika is a really beautiful animal. You can only find them digging out burrows in tree lines or under boulders. They are herbivores. Since they are closely related to the rabbit and look like a hare, their small round peppery brown body with no visible tail only measures 5-6 inches. They love the cold because of a sensitivity to heat and like to roam in higher elevations such as the Rocky Mountains. The recognizable high-pitched cleat is their signature sound. Predators that feed on the American Pikas are coyotes, hawks, and weasels.

The majestic bighorn sheep that are identifiable based on the obvious big horns and light brown to dark brown coat. The males have curved horns. They mostly eat grass in the summer and woody shrubs and hares in the winter. They live with herds that can range from 5 to 15. Since these bighorn sheep are technically rams, they can charge at 20-40 mile per hour. They have white patches on their butts.

This animal is a beautiful white bunny with flurry fur and is usually found in the snow. Its larger than a regular hare and has higher hind feet to hop and skip across the snow with skill. It feeds on twigs and leaves. Its natural predator is the Canada lynx. Snowshoe hares are elusive and camouflage with the snow.

This of the largest animals in squirrel family that weighs about 2 pounds. Some can grow the size of cats. They dig burrows and live in high elevation. They are omnivores and will eat anything, including grass, insects, and animals. This creature is identifiable based on the nice brown fur to keep warm and a nice bushy tail. Males typically have a larger body weight than females.